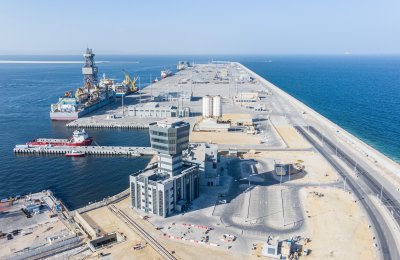 Omani authorities have launched an international competitive tender for the development and management of a world-class container terminal planned at Port of Duqm, said a report.
An Invitation to Prequalify (ITP) floated by Port of Duqm solicits Expressions of Interest from qualified parties, one of which will go on to acquiring a 30-year licence to develop and operate the first phase of the port’s container terminal project, reported Oman Observer.
On completion, it will boast a capacity of 1.7 million TEUs with additional scope for expansion in the future.
Future capacity additions could potentially boost container handling volumes to over 20 million TEUs per year, it stated.
Also planned elsewhere along the commercial berth are a 300-m-long dry bulk terminal with a capacity of about 5 million metric tonnes per year, and a 425-m-long multipurpose terminal for cargoes totalling 800,000 MT per year, said the report.
The deadline for submitting the bids have been set at September 9, it added.