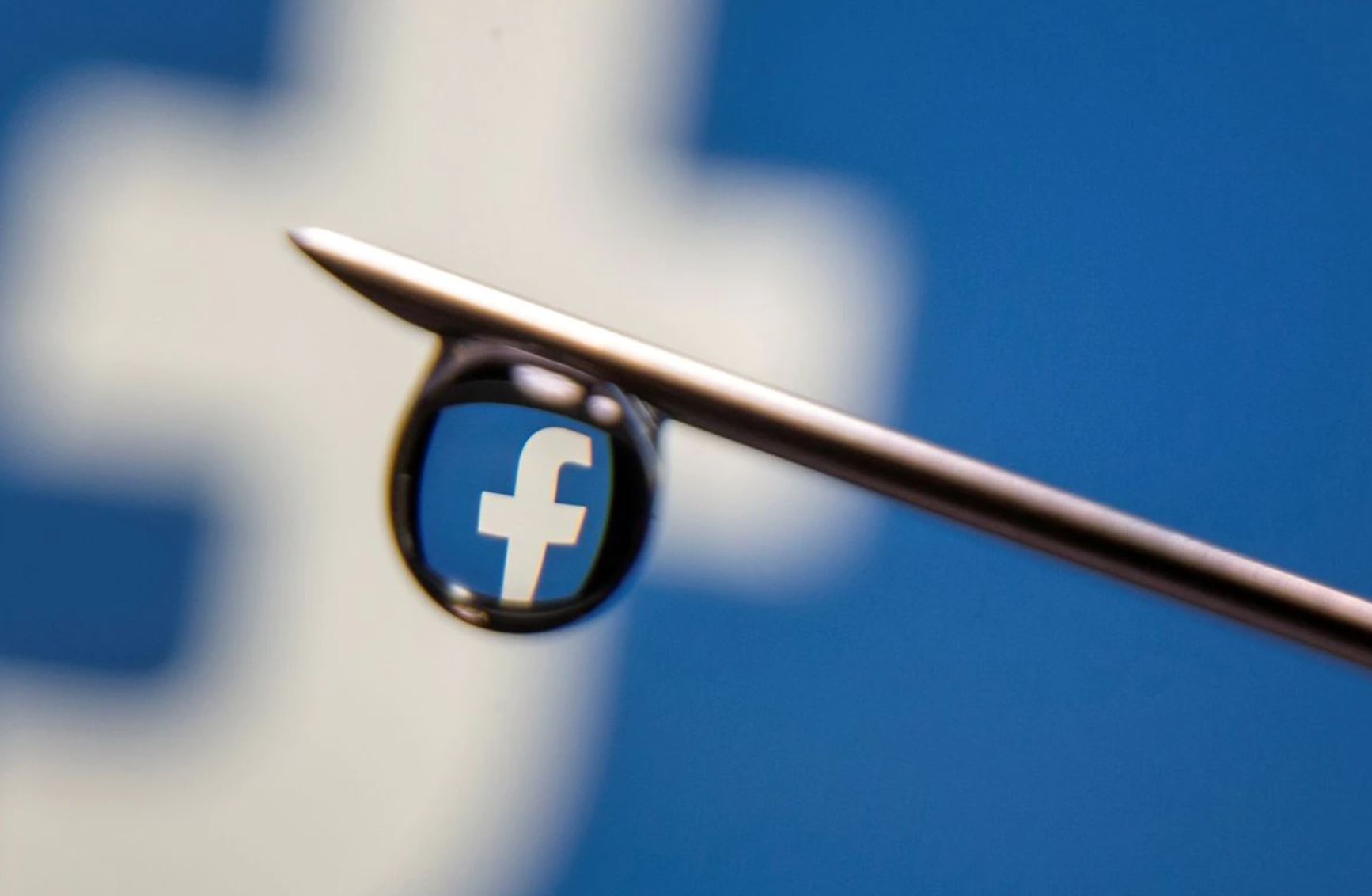 Facebook logo is reflected in a drop on a syringe needle in this illustration photo taken March 16, 2021. Reuters Photo/Illustration

WASHINGTON: The White House has YouTube, not just Facebook, on its list of social media platforms officials say are responsible for an alarming spread of misinformation about Covid vaccines and are not doing enough to stop it, sources familiar with the administration's thinking said.

The criticism comes just a week after President Joe Biden called Facebook and other social media companies "killers" for failing to slow the spread of misinformation about vaccines. He has since softened his tone.

A senior administration official said one of the key problems is "inconsistent enforcement." YouTube - a unit of Alphabet Inc's Google - and Facebook get to decide what qualifies as misinformation on their platforms. But the results have left the White House unhappy.

"Facebook and YouTube... are the judge, the jury and the executioner when it comes to what is going on in their platforms," an administration official said, describing their approach to COVID misinformation. "They get to grade their own homework."

Some of the main pieces of vaccine misinformation the Biden administration is fighting include that the Covid-19 vaccines are ineffective, false claims that they carry microchips and that they hurt women's fertility, the official said.

Social media companies have come under fire recently from Biden, his press secretary, Jen Psaki, and Surgeon General Vivek Murthy, who have all said the spread of lies about vaccines is making it harder to fight the pandemic and save lives.

A recent report from the Center for Countering Digital Hate (CCDH), which has also been highlighted by the White House, showed 12 anti-vaccine accounts are spreading nearly two-thirds of anti-vaccine misinformation online. Six of those accounts are still posting on YouTube.

"We would like to see more done by everybody" to limit the spread of inaccurate information from those accounts, the official said.

The fight against vaccine misinformation has become a top priority for the Biden administration at a time when the pace of vaccinations has slowed considerably despite the risk posed by the Delta variant, with people in many parts of the country hostile to being vaccinated.

The requests to Facebook and YouTube come after the White House reached out to Facebook, Twitter (TWTR.N) and Google in February about clamping down on Covid misinformation, seeking their help to stop it from going viral, another senior administration official said then. read more

"Facebook is the 800-pound gorilla in the room when it comes to vaccine misinformation... but Google has a lot to answer for and somehow manages to get away with it always because people forget they own YouTube," said Imran Ahmed, CCDH founder and chief executive.

YouTube spokeswoman Elena Hernandez said that since March 2020, the company has removed over 900,000 videos containing COVID-19 misinformation and terminated YouTube channels of people identified in the CCDH report. She said the company's policies are based on the content of the video, rather than the speaker.

"If any remaining channels mentioned in the report violate our policies, we will take action, including permanent terminations," she said.

On Monday, YouTube also said it will add more credible health information and as well as tabs for viewers to click on.

The senior administration official cited four issues on which the administration has asked Facebook to provide specific data, but the company has been reticent to comply.

These include how much vaccine misinformation exists on its platform, who is seeing the inaccurate claims, what the company is doing to reach out to them and how does Facebook know the steps it is taking are working.

The official said the answers Facebook has given are not "good enough."

Facebook spokesman Kevin McAlister said the company has removed over 18 million pieces of Covid-19 misinformation since the start of the pandemic and that its own data shows that for people in the United States using the platform, vaccine hesitancy has declined by 50% since January and vaccine acceptance is high.

In a separate blog post last Saturday, Facebook called on the administration to stop "finger-pointing," laying out the steps it had taken to encourage users to get vaccinated.

But the administration official said the blog post did not have any metrics of success.

The Biden administration's broad concern is that the platforms are "either lying to us and hiding the ball, or they're not taking it seriously and there isn't a deep analysis of what's going on in their platforms," the official said.

"That calls any solutions they have into question."