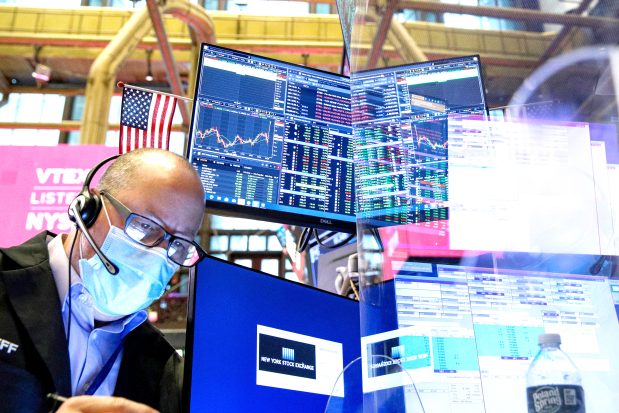 NEW YORK: Wall Street rose yesterday after a rocky week in which investors fretted over rising Covid-19 cases, spurred by the more contagious Delta variant, while oil prices slipped after a strong recovery from Monday’s slide.

Megacap tech stocks helped drive main US indexes up again, with the S&P 500 and the Nasdaq 100 indices hitting record highs. Yields on US Treasuries were also up, as was the greenback, with investors eyeing next week’s Federal Reserve meeting, where the US recovery and the Fed’s support for the economy will be in focus.

Despite its decline, oil was set to end the week little changed.

“As long as monetary policy continues to be this aggressive, equities will continue to do well, over the long term,” said Steve Massocca, managing director at Wedbush Securities. “There are concerns about the Delta variant. It’s a concern that will impact the economy because of government intervention and shutdowns. We’re seeing money go back into names that tend to do well regardless of economic shutdowns.”

Investors have been assuming “things will improve, travel will increase,” Massocca said.

“If that thesis is thrown into jeopardy, it put a hitch in the ‘giddy up’ in the market,” he added.

US business activity grew at a moderate pace for a second straight month in July amid supply constraints, suggesting a cooling in economic activity, a report from data firm IHS Markit showed yesterday. IHS Markit said its flash US Composite PMI Output Index, which tracks the manufacturing and services sectors, fell to a four-month low of 59.7 from 63.7 in June. A reading above 50 indicates growth in the private sector.

The yield on 10-year Treasury notes hovered around 1.3pc, or almost 17 basis points higher than a five-month low set on Tuesday, but was still at the low end of a recent range. The benchmark note traded up 1.8 basis points to 1.285pc.

Financial markets have swung from one direction to another this week as investors try to assess what the surging Delta variant means for the world economy.

After recording its steepest one-day drop since May on Monday, the S&P 500 stock index went on to post the biggest one-day jump since March a day later. It is set to end the week higher. Currency, bond and commodities markets have seen similar gyrations.

“Equity markets are signaling some symptoms of being tired after a long rally and recognize the peak growth environment,” said Antonio Cavarero, head of investments at Generali Insurance Asset Management.

“But in the short-term, real yields are still too low to provide an alternative, so the evolution of what happens next depends on Covid and the macro data.”

MSCI’s broadest index of Asia-Pacific shares outside Japan slipped 0.7pc, leaving it down 1.4pc on the week.

Japan’s Nikkei was closed for a holiday, but off 1.7pc for the week and a whisker away from a seven-month trough.

Financial market volatility was expected to continue, given the resurgent Delta variant and economic uncertainty.

“Uncertainty has increased again with the pandemic,” said Pascal Perrone, a fixed income portfolio manager at Eric Sturdza Investments in Geneva. “I don’t think there will be a closing of economies to the extent we saw last year, but we don’t know.”