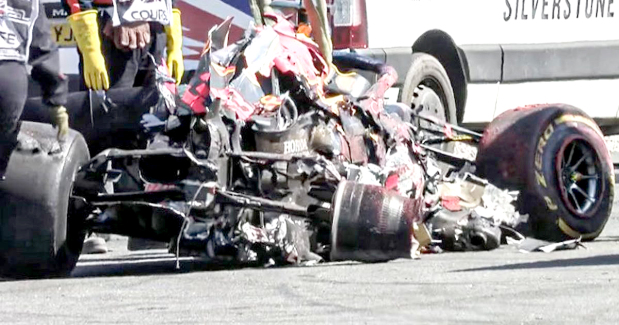 In a combative column on the Red Bull website, Horner revealed the championship leader’s seat was broken by the first lap impact in last Sunday’s race at Silverstone.

He continued to blame Hamilton and said Mercedes’ race winner and seven-times world champion had got off lightly with a 10-second penalty.

“Given the severity of the incident and the lenient penalty, we are reviewing all data and have the right to request a review,” said Horner.

“We are therefore still looking at the evidence and considering all of our sporting options.”

Verstappen had started the race 33 points clear of Hamilton, after winning a Saturday sprint, but ended up only eight ahead after crashing out when they made contact at Copse Corner. Hamilton had tried to pass on the inside and Verstappen moved across, with the cars colliding.