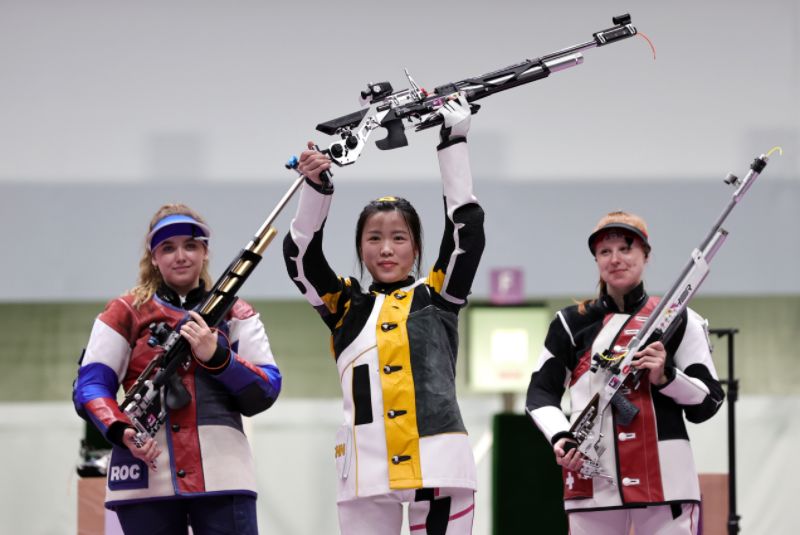 Gold medallist Yang Qian of China celebrates on the podium

The silver went to Russian shooter Anastasiia Galashina and the bronze medal to Switzerland's Nina Christen.

Galashina led the race for the gold in the final until she cracked under pressure and signed off with her lowest score of 8.9 for a total of 251.1.

Yang responded to the pressure by firing 9.8 to snatch the gold with an Olympic record of 251.8.

Norwegian Jeanette Hegg Duestad had set an Olympic qualifying record of 632.9 to reach the final but finished just outside the medals.