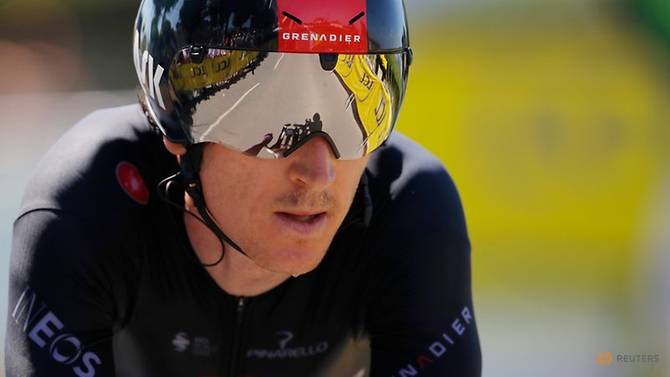 TOKYO: Geraint Thomas's hopes of winning gold in the Tokyo Olympics road race were shredded on Saturday when the Briton was involved in a crash after a couple of hours of riding.

Thomas, one of the favourites for a medal, came down along with fellow Briton Tao Geoghegan Hart on the Doshi Road climb with Gregor Muehlberger also involved.

All the riders got back on their bikes but they lost around two minutes on the main peloton, who were themselves around 20 minutes behind an early breakaway group with 155km to go.

Thomas battled on valiantly but with around 55km remaining he pulled over as the race lapped the Fuji International Speedway ahead of the day's final brutal climb.

Former Tour de France champion Thomas, who was set for a medal in Rio five years ago but crashed near the end, will hope to recoved for the Time Trial on Wednesday.