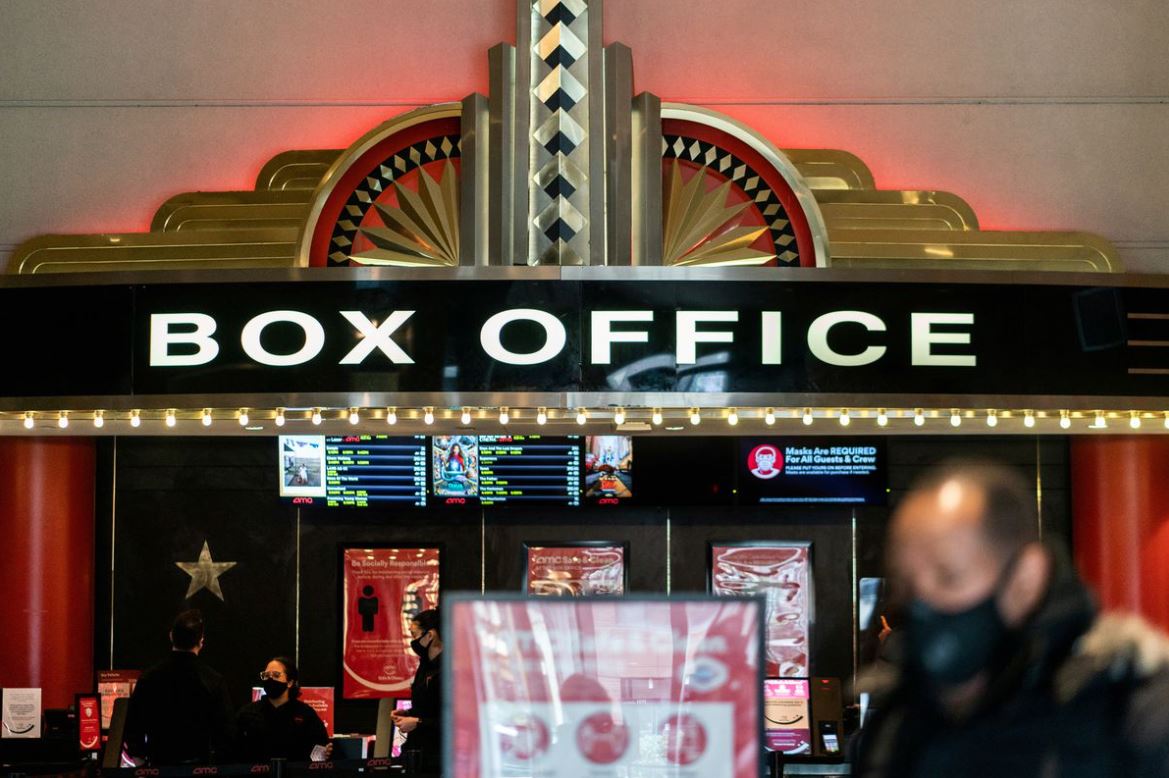 A guest purchases a ticket in front of a box office at AMC movie theatre in Lincoln Square, amid the coronavirus disease (COVID-19) pandemic, in the Manhattan borough of New York City, New York, U.S., March 6, 2021. (Image credit: Reuters)

Los Angeles: In a twist fitting for an M Night Shyamalan thriller, "Old" is the number one movie at the domestic box office with $16.5 million in ticket sales.

Heading into the weekend, reigning champ "Space Jam: A New Legacy" and fellow newcomer "Snake Eyes" were projected to lead North American charts. Instead, "Space Jam 2" had a huge decline from its opening weekend and "Snake Eyes" fell slightly short of expectations, leaving "Old" to slither to a surprising first place finish.

It may not be the kind of pull-the-rug-out-from-under-you, leave-your-jaw-on-the-floor style finale favoured by "The Sixth Sense" filmmaker, but it does demonstrate how wild and unpredictable the box office can be as it tries to recapture momentum during the pandemic and grapples with new hybrid distribution strategies.

For movie theatre operators, it helped that this weekend's two new nationwide releases — "Old," a horror story about a family vacationing at a beach that causes them to age rapidly, as well as "Snake Eyes," a "GI Joe" origin story starring Henry Golding — are only playing in theatres.

That's a deviation from the release strategy deployed by other summer movies, including Disney's “Black Widow" (also on Disney Plus for an extra fee) and Warner Bros.' "Space Jam: A New Legacy" (on HBO Max at no additional cost to subscribers).

"Snake Eyes" is moving to Paramount Plus 45 days after its theatrical debut, while "Old" will have a traditional home entertainment release.

"Snake Eyes" opened in second place with $13.3 million from 3,521 locations. That's a disappointing start for a movie that cost $88 million to produce and hails from a well-known property. It didn't help that the PG-13 rated "Snake Eyes" was greeted with weak reviews and a "B-" CinemaScore from audiences.

"Old" arrived with a worse reception from moviegoers — it landed a "C-" CinemaScore — but Shyamalan's signature twist endings can benefit from a communal viewing experience. Plus, "Old" has generated significant social media chatter and has gotten the meme treatment online.

At the international box office, "Old" pulled in $6.5 million from 23 overseas territories for a $20 million global start.

That haul represents Shyamalan's lowest opening weekend in history, but the director behind "Unbreakable" and "Split" self-finances his films with modest budgets, meaning they don’t have to break records to become profitable. "Old" carries an $18 million price tag.

Perhaps almost as surprising as a Shyamalan finale is the outright collapse of "Space Jam: A New Legacy." The live-action/ animated sports comedy featuring LeBron James fell to fourth place with $9.5 million in its sophomore outing, marking a brutal 69 per cent decline from its $31 million opening weekend.

"Space Jam" came in behind the Scarlett Johansson-led Marvel adventure "Black Widow," now in its third weekend of release. "Black Widow" added another $11.6 million from 4,250 locations, bringing its domestic tally to $154 million in the US and Canada.

Though that's a notable result during the pandemic, it's a much lower total than recent installments from the Marvel Cinematic Universe.