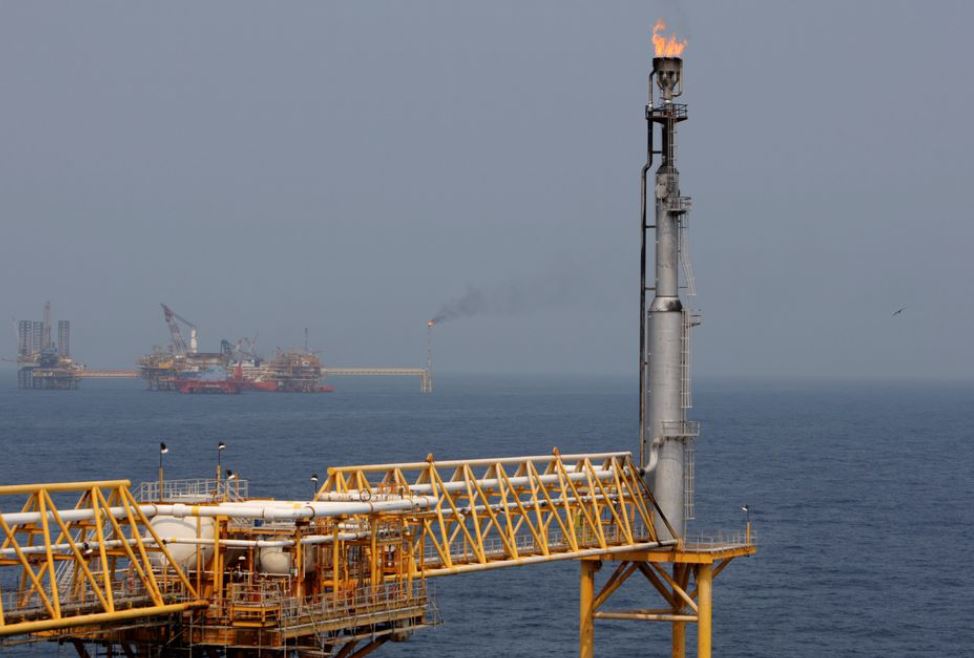 A fuel burner is seen at Mexico's state-run oil monopoly Pemex platform "Ku Maloob Zaap" in the Northeast Marine Region of Pemex Exploration and Production in the Bay of Campeche April 19, 2013 via Reuters

MEXICO CITY: Mexico's methane leak rate from oil and gas operations is twice as high as that of the world's top oil producer, the United States, a group of researchers found in a report due to be released this week.

Invisible and odourless but much more harmful than carbon dioxide, climate change scientists consider methane to be a major driver of global warming.

Methane is produced in Mexico and elsewhere as a byproduct of the oil and gas industry. It is the major component of natural gas and - if captured - can be used as a fuel for power plants and domestic purposes.

Zavala said satellite data shows that roughly 4.7% of gas produced in the country is released into the atmosphere - by global standards a very high leak rate.

The Mexican results compare with a rate of 2.3% for all of the United States and 3.7% in the Permian basin, the largest U.S. region of crude oil production, located in West Texas and an adjoining area of southeastern New Mexico.

"It's a huge gap," said Zavala in an interview ahead of the report's publication due on Wednesday. "Cutting these emissions in half would have the same climate benefit over 20 years as removing one-third of total passenger cars in the country."

The research focused on eastern Mexico, where almost all the country's oil and gas production - and related methane emissions - take place.

The leak rate is a formula that divides total oil and gas methane emissions by total natural gas production. The calculation includes all sources of methane emissions from the industry: leaks, vents and flaring.

Together with 12 other climate change scientists, Zavala studied 20 months of data gathered between 2018 and 2019 by the Tropospheric Monitoring Instrument, a single sensor onboard the Copernicus Sentinel-5 Precursor, a European Space Agency satellite.


Reuters was unable to determine whether the problem has improved or worsened under Mexican President Andres Manuel Lopez Obrador, who took office at the end of 2018.

But the study estimates 1.3 million tons of methane is wasted in Mexico per year, about one-third of the nation's natural gas imports and equivalent to $200 million.

To blame for Mexico's poor record are mostly high emissions at midstream facilities that gather, compress, and process the gas, the report says. Another culprit is venting, the practice of releasing gas from oil wells without capturing it. A third source is flaring, or burning gas at the wells.

"While flaring is a big source of methane emissions, and our measurements showed that it's higher than what the government and industry reports, it's not enough to explain the emissions we measured," Zavala said.

"The findings point to other key sources of methane emissions: venting from wells and midstream facilities handling the offshore gas."

While governments around the world do not usually report leak rate figures, scientists can estimate the leak rate by looking at reported emissions and reported production.

Neither Pemex nor the energy ministry responded to requests for comment but have previously publicly acknowledged maintenance issues.

On a global scale, methane emissions are responsible for around 30% of warming since the pre-industrial era, the United Nations has recently said.

Tackling methane emissions is "the strongest lever we have to slow climate change over the next 25 years," Inger Andersen, the United Nations Environmental Programme executive director, has said.

Methane is much more powerful at trapping heat than carbon dioxide but only lasts in the atmosphere for about a decade.

Scientists and current and former Mexican energy regulators told Reuters capturing more of the gas as a fuel could allow the government of President Andres Manuel Lopez Obrador to become more energy independent while tackling a climate menace.

The president's office did not immediately respond to requests for comment.