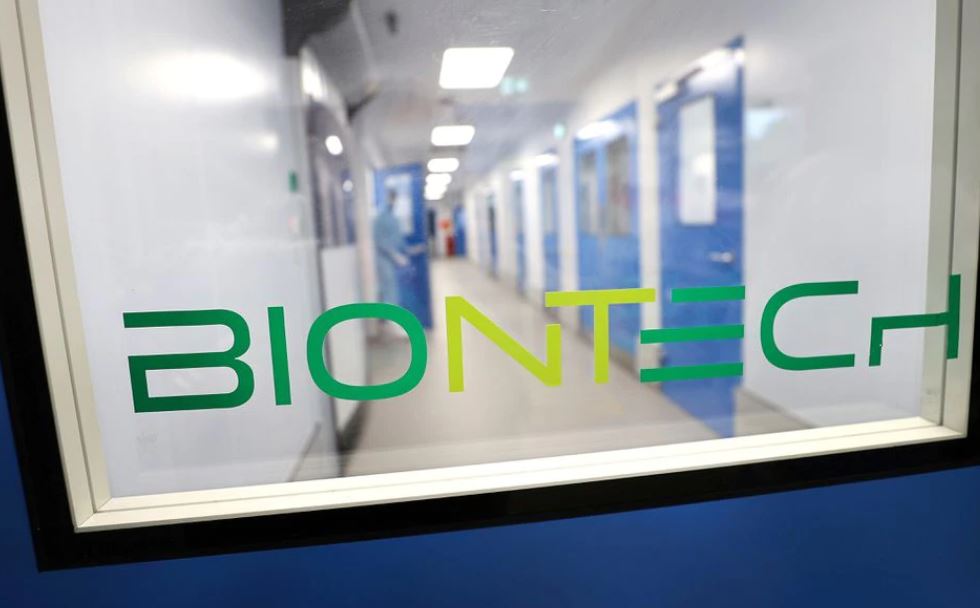 General view shows the laboratories of BioNTech at their COVID-19 vaccine production facility as the spread of the coronavirus disease (COVID-19) continues, in Marburg, Germany, March 27, 2021 via Reuters

BERLIN: BioNTech wants to build on its success in COVID-19 by developing the first vaccine for malaria based on mRNA technology and aims to start clinical testing by the end on 2022, in an attempt to eradicate the mosquito-borne illness.

The Mainz, Germany-based company, which developed a COVID-19 vaccine with its partner Pfizer in ten months, said on Monday it is also exploring vaccine production in Africa as part of efforts to build up manufacturing capacity on the continent.

"The response to the pandemic has shown that science and innovation can transform people's lives when all key stakeholders work together towards a common goal," said BioNTech Chief Executive and co-founder Ugur Sahin.

Scientists around the world have been working for decades to develop a vaccine to prevent malaria that infects millions of people every year and kills more than 400,000 - most of them babies and young children in the poorest parts of Africa.

Malaria is a complex infection caused by a parasite that evades recognition by the immune system, said Sahin, adding the goal is to develop a vaccine that makes the parasite visible and attackable from the very beginning.

Messenger RNA vaccines prompt the human body to make a protein that is part of the pathogen, triggering an immune response. They are also quicker to develop than traditional vaccines and can be adapted relatively easily.

"The very high efficacy of two mRNA vaccines for COVID-19 have shown the world just how powerful this technology could be against many diseases, including malaria," said World Health Organisation (WHO) head Tedros Adhanom Ghebreyesus, who started his career as a malaria researcher.

The world's first and only licensed malaria vaccine, Mosquirix, was developed by GlaxoSmithKline over many years of the clinical trial across several African countries but is only around 30% effective.

Researchers at Oxford's Jenner Institute led by Adrian Hill, one of the lead scientists behind the Oxford-AstraZeneca COVID-19 vaccine, are also developing a potential new malaria vaccine that has shown promise in a year-long trial.

BioNTech said it will assess multiple vaccine candidates that target the circumsporozoite protein (CSP), as well as new antigens discovered in pre-clinical research, and select the most promising for a clinical trial due to start by the end of 2022.

The company is also scouting for suitable mRNA vaccine production sites in Africa, either with partners or on its own, and will receive support from the European Commission, the Bill and Melinda Gates Foundation, and other organisations.

BioNTech Chief Operating Officer Sierk Poetting said the company would fund the research and initial production of the vaccine itself and turn to its partners for support with large-scale trials, as well as setting up infrastructure, such as fill and finish sites and providing local training.

BioNTech also plans to start a clinical trial to test a vaccine candidate for tuberculosis in 2022 and is working with partners to develop vaccines against nine different infectious diseases as well as for cancer.