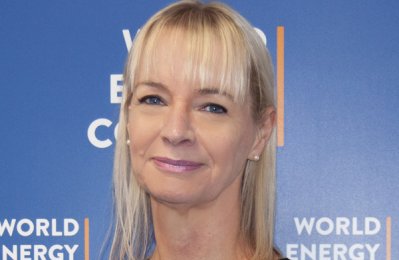 Dr Angela Wilkinson
Interest in clean hydrogen as an energy vector is surging across the globe as countries and companies seek to explore its potential to decarbonise.
This is one of the key points raised by the World Energy Council, which published an innovation Insights briefing titled "Hydrogen on the Horizon: ready, almost set, go?”. The paper informs worldwide energy dialogue on hydrogen’s role in ongoing, and future, energy transitions and transformations.
Prepared in collaboration with PwC and the US Electric Power Research Institute (EPRI), the briefing shares various hydrogen demand scenarios, country and regional-level priorities and identifies important enablers and barriers for large-scale hydrogen development.
Countries’ views on hydrogen’s potential role in the energy transitions are vastly different with national hydrogen strategies showing significant differences across the world. A comparative assessment of existing worldwide hydrogen demand scenarios shows estimates varying between 6 and 25% of final worldwide energy consumption by 2050 (between 150 and 600 mega tonnes by 2050)  depending on how hydrogen will compete with other clean solutions such as battery storage.
Asia and Europe currently seem more demand focused while the Middle East and North Africa focus on the supply of hydrogen. Asia shows a greater focus on hydrogen as a liquid fuel in the form of ammonia and as a transport fuel for shipping and road transport. In contrast, Europe is more focused on using hydrogen to decarbonise the hard-to-abate sectors in industry and transport (e.g. heavy industries, HGVs, mass transportation). The Americas (North and South) are considering production for their own consumption and export.
Dr Angela Wilkinson, Secretary General and CEO, of the World Energy Council said: “Hydrogen on the Horizon’ puts the focus on the role of hydrogen users and demand, moving beyond traditional supply-centric energy perspectives. With demand forecasts showing such large variations in consumption forecasts I’d say that nations and society at-large would-be better-off training for the pentathlon rather than the 100 metre sprint or the high jumps. Successful, just and equitable worldwide energy transitions will test the ingenuity, skills and collaborative abilities of all nations.
“How countries want to produce and consume clean energy, and their immediate national priorities, will shape large-scale hydrogen development and end-user uptake. Identifying end-user priorities and triggers for enhanced demand is critical to better understand hydrogen’s real potential in creating decarbonised societal futures.”
Jeroen van Hoof, Global Energy, Utilities and Resources Leader, PwC Netherlands, said: ''As momentum intensifies around energy transitions, big steps are being made towards the replacement of fossil fuels with low carbon alternatives, and hydrogen has a big role to play. This decade is crucial to develop hydrogen projects along with the infrastructure to produce, transport, import, distribute and use hydrogen at large scale. If we do this successfully over the next few years, it can pave the way for  hydrogen demand to grow exponentially beyond 2030. Additionally, hydrogen has the potential to create skilled jobs along the entire value chain, which connects almost all sectors of our global economy.''
Neva Espinoza, Vice President, Energy Supply and Low-Carbon Resources, EPRI, said: “The development of hydrogen as a source of energy is larger than the colour debate.  Colours were assigned to assist in the communication of hydrogen sourcing, but the focus should be on the carbon intensity of hydrogen and the potential for large-scale deployment. This will be far more useful for groups and individuals seeking to achieve their decarbonisation goals.”
Hydrogen on the Horizon shows that scaling hydrogen up within the energy system faces significant challenges. Low-carbon hydrogen is currently not cost competitive with other energy supplies in most applications and locations and is likely to remain so without significant support to bridge the price gap - which raises the question of who should fund this support. However, environmental and political drivers are sending encouraging signals to the market and prompting growing interest, with many pilot projects being under development, construction and in operation worldwide. These projects span the hydrogen value chain and are across all relevant sectors of the global economy.
Additionally, some countries are actively developing bilateral partnerships to help form global hydrogen supply chains and secure clean hydrogen supply. With the appropriate policies and technologies to enable hydrogen scale up, some projections suggest that it could be cost competitive with other solutions as soon as 2030.
The so-called “hydrogen economy” is at an embryonic stage of development. It faces the “chicken and egg problem” between supply and demand, both lacking secure volumes from the other to help establish the full value chain. Numerous hydrogen technologies are at different levels of maturity, contributing to a complex landscape with multiple paths being explored and few approaches as yet being fully eliminated.
While hydrogen’s true potential within future energy systems remains unclear, there are increasing ambitions for new economic and social opportunities, particularly to support the post-Covid-19 recovery.
With increasing commercial interest and political support, there is a pressing need to untangle the differing underlying drivers and actual opportunities to understand better the real potential of clean hydrogen in energy systems and in the energy transition. -- TradeArabia News Service