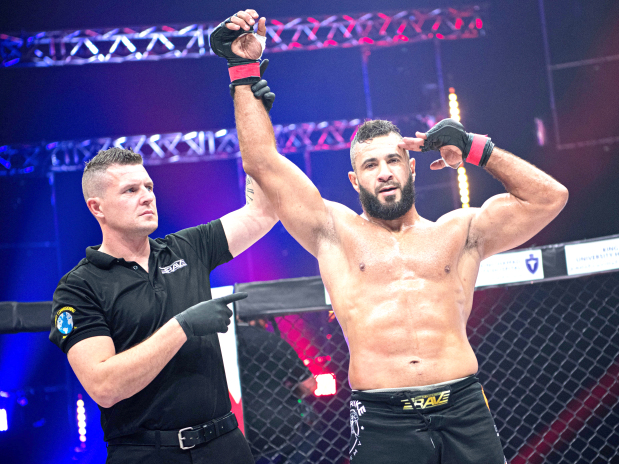 Said Maalem is one of the most lauded athletes in the sport today, racking up 11 victories out of 14 bouts with six wins by way of knockout.

The evident secret behind his tremendous run in MMA is his wrestling as the discipline holds all sorts of technical advantages, including the ability to dictate the pace of a bout.

Said Maalem was a natural at wrestling. He trained every single day at a very young age, dominated the competition, and became a national champion in his home country.

His calibre and credentials as a wrestler could have made him a regular fixture in the prestigious Summer Olympic Games, but he found his true calling when he met Brazilian coach Anderson Pereiro in 2010.

The trainer invited him to spar with a pro MMA athlete, which turned out to be an eye-opener for him due to the all-encompassing nature of the sport. At that very moment, he decided to continue competing, only now it would be inside the cage as a prizefighter.

Four years later, Said Maalem made his professional debut, and since then, he has never looked back.

When he inked an exclusive deal with BRAVE Combat Federation in 2019, he immediately established himself as one of the most exciting light heavyweights on the roster in his maiden appearance.

“L’Ambiance” outclassed Todd Stoute via unanimous decision in his first assignment under the promotion’s banner and then put the division on notice by dispatching Zvonimir Kralj in the first round at BRAVE CF 45 in November 2020.

After propelling himself into the international limelight, Said Maalem now faces the opportunity of a lifetime by following in the footsteps of fellow wrestlers such as Randy Couture, Dan Henderson, Chuck Liddell, Daniel Cormier and Jon Jones who have all world titles at light heavyweight.

If Said Maalem can defeat Fakhreddine, not only will he have an intricately-crafted belt around his waist, but he will certainly elevate his name closer to greatness.