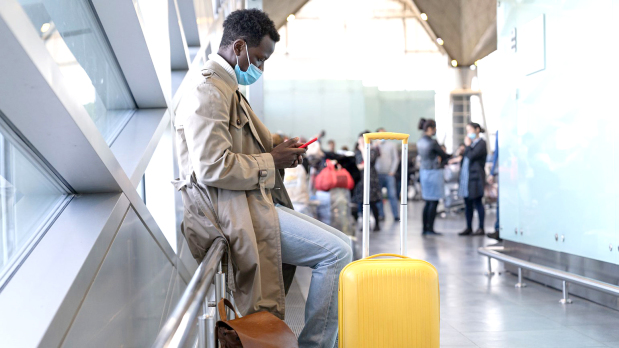 WASHINGTON: US consumer spending rose more than expected in June as vaccinations against Covid-19 boosted demand for travel-related services, but part of the increase reflected higher prices, with annual inflation accelerating further above the Federal Reserve’s 2 per cent target.

Though personal income barely rose last month, other data yesterday showed wage growth in the second quarter was the fastest in 13 years on an annual basis. That, together with rising household wealth and ample savings should keep consumer spending strong, though rising Covid-19 infections pose a risk.

“The overall trend of healthy-to-strong growth will continue into next year,” said Scott Hoyt, a senior director at Moody’s Analytics in West Chester, Pennsylvania. “Downside risks remain large. The return of shutdowns from increased infections is unlikely, but cannot be ruled out. There are also upside risks, especially given all the extra saving that has taken place since the spring of 2020.”

Consumer spending, which accounts for more than two-thirds of US economic activity, rebounded 1.0pc last month after dipping 0.1pc in May, the Commerce Department said.

Nearly half of the population has been vaccinated against Covid-19, allowing Americans to travel, frequent restaurants, visit casinos and attend sporting events among services-related activities that were curbed early in the pandemic.

Spending on services advanced 1.2pc last month after rising 1.0pc in May. The broad increase was led by spending at restaurants and hotels.

While spending on goods remains strong, the pace has slowed amid shortages of motor vehicles and some household appliances, whose production has been hampered by tight supplies of semiconductors across the globe. Spending on goods rose 0.5pc after dropping 2.1pc in the prior month. Spending on long-lasting goods decreased 1.5pc, reflecting a decline in motor vehicle purchases. Outlays on nondurable goods rose 1.8pc.

The data was included in the second-quarter gross domestic product report published on Thursday. Consumer spending grew at a robust 11.8pc annualized rate last quarter, accounting for much of the economy’s 6.5pc growth pace, which lifted the level of GDP above its peak in the fourth quarter of 2019.

The personal consumption expenditures (PCE) price index, excluding the volatile food and energy components, rose 0.4pc in June after advancing 0.5pc in May. In the 12 months through June, the so-called core PCE price index shot up 3.5pc, the largest gain since December 1991. The core PCE price index increased 3.4pc year-on-year in May.

US stocks opened lower. The dollar fell against a basket of currencies. US Treasury prices were higher.

The US central bank on Wednesday kept its overnight benchmark interest rate near zero and left its bond-buying program unchanged.

Fed Chair Jerome Powell, who has attributed the high inflation to supply constraints as the economy reopens, told reporters that “these bottleneck effects have been larger than anticipated, but as these transitory supply effects abate, inflation is expected to drop back toward our longer-run goal.”