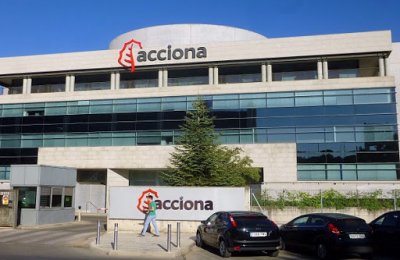 Spanish infrastructure major Acciona has announced that it has secured the main contract worth €337 million ($398 million) for the Jubail 3B Independent Water Plant (IWP) in Saudi Arabia.
Located 65 km north of Dammam airport in Saudi Arabia, the Jubail 3B IWP plant will produce 570,000 cu m/day of potable water through reverse osmosis technology to supply the cities of Jubail and Dammam.
The plant will include storage facilities for one operational day in addition to in-house renewable energy capacity to reduce grid electricity consumption throughout the desalination process.
The plant, being set up on a build, own, operate (BOO) model, will begin operations in 2024.
During the first half, Acciona clinched new contracts worth €4.65 billion, of which €2.36 billion corresponded to construction and water projects, said the Spanish company in its H1 results statement issued recently.
Besides the Jubail 3B desalination plant contract,. its other big wins include the Playa Carmen-Tulum stretch of the Mayan Railway in Mexico (€315 million), the upgrade of the Frankston railway line in Melbourne, Australia (€213 million) and various projects in Poland (€249 million).
In June, TradeArabia had reported that Saudi Water Partnership Company (SWPC) has signed a deal with a consortium led by French energy giant Engie for the commercial close of Jubail 3B Independent Water Project.
The consortium, which included Saudi-based Nesma Company and Abdulaziz Al Ajlan Sons for Commercial and Real Estate Investment Company (each with a 30% stake in the project), was named the preferred bidder by SWPC in April for its SR1.591 halalas per cu m of potable water tariff.
SWPC also signed a 25-year Water Purchase Agreement with the consortium in the presence of Minister of Environment, Water and Agriculture Engineer Abdulrahman Al Fadli.-TradeArabia News Service