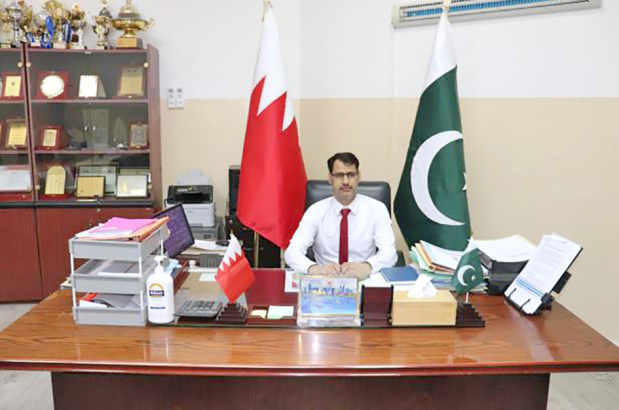 Pakistan School principal and management board secretary Attiq ur Rehman

Independence Day, observed annually on August 14, is a national holiday in Pakistan.

It commemorates the day Pakistan was declared a sovereign state. It’s a very unique and significant day for every Muslim in the subcontinent and commemorates the country’s tremendous achievement on August 14, 1947.

As an independent nation, Pakistan stands for national unity, social justice, religious harmony, economic parity, legal protection, cultural tolerance, elimination of ethnic and religious differences. It has an enlightened vision of the future and a patriotic fervour to espouse the above ideals.

On this great day, Pakistan School sends its best wishes to all its fellow compatriots in Bahrain and encourages them to salute and remember the sacrifices and sufferings of their forefathers who made the great achievement possible.

It was in the 1960s that leading visionaries of the community realised the need for a schooling system for their children.

This led to the establishment of a small primary school in 1968 in a rented building in the Fariq Fadil area of Manama.

After a few years, the school was upgraded to secondary level education following its affiliation with the Federal Board of Intermediate and Secondary Education.

Two new blocks, Jinnah Block and Sir Sayed Block, were constructed at the Isa Town campus between 1994 and 1995.

Today, Pakistan School has two wings – the primary campus in Manama and the main campus in Isa Town.

Being a community school, Pakistan School delivers quality education to students from more than 20 different nationalities.

Besides Pakistanis, more than a 1,000 Bahraini students are on the roll, an indicator of the quality of education offered and the Bahraini community’s trust in the school.

Pakistan school has laid down a well-defined and practical network of extra and co-curricular activities for the personality and character building of students which are conducted on inter-class, inter-house and inter-school levels.

A large number of the school’s outgoing students work as doctors, engineers, businessmen and professionals in various fields worldwide.

Pakistani students have been performing well in sports, co-curricular and cultural activities and in the last five years the school has witnessed tremendous progress in all spheres.

The school has also undergone renovation – window ACs have been replaced with split ACs to provide a calm and peaceful classroom environment. Top-of-the-line infrastructure and modern facilities have been introduced for students while professional development programmes are being conducted for the faculty.

As a compulsory subject, Arabic is part of the curriculum for all classes and the school’s Islamic Centre creates a generation equipped with the right knowledge of Islam.

The school’s board of management has been working relentlessly to bring all possible improvements to the school’s system and facilitate students, parents and staff in the best possible ways.

Last year with the sudden outbreak of Covid-19, in-school teaching-learning activities were suspended for the health and safety of all.

Licensed versions of online teaching platforms were brought into use and high quality computers were quickly purchased to ensure uninterrupted, effective continuity.

The school kept in constant touch with all students and parents through its official website, Google Classroom and 24/7 official WhatsApp numbers to bridge the distance brought about by the pandemic.

Relentless efforts were made and effective, feasible strategies devised to ensure the completion of the entire session successfully without unnecessary breaks.

The sole aim of Pakistan School is to create a new generation inculcating in them qualities needed to be visionaries to lead their country in the future.