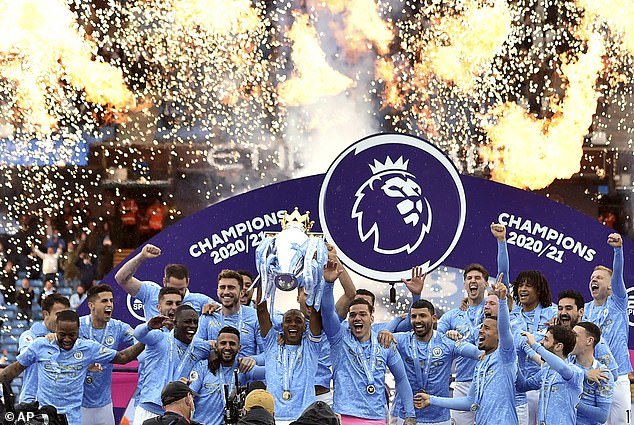 It seems like an eternity ago, but it has only been 83 days since Manchester City lifted the Premier League trophy for the third time in four seasons.

We’ve had the heartbreak, elation or indifference – depending on your persuasion – of the European Championships and the unique festival of sport that is the Olympics to tide us over, but they are merely extravagant side dishes to the meat and potatoes of the annual domestic season.

The action kicked off last night with newly-promoted Brentford bringing up the curtain on their first top flight season since 1947 at home to Arsenal. Not only was this a huge occasion for The Bees, but it was the first time that a stadium operated with full capacity for 18 months. Regardless of the score at Brentford Community Stadium, it was an historic 90 minutes.

However, with the greatest respect (and a little bit of a smirk) to Arsenal, neither of these teams are likely to be in title contention come May.

City’s pedigree as they seek to retain their crown is obvious but with the European champions Chelsea, the previous champions Liverpool welcoming back the talismanic Virgil van Dijk, and an ambitious, big spending Manchester United in the mix this promises to be a fascinating season at the top of the table.

There could be plenty of drama in the lower reaches as well as new additions such as Norwich and Watford look to shear their reputation as yo-yo clubs and those who struggled last season look to arrest their slide.

Unsurprisingly, I’m tipping City for the title. The addition of £100m Jack Grealish from Aston Villa provides a wealth of attacking options rarely seen to this extent, and they will be too hard to stop. If they succeed in getting Harry Kane from Spurs too, then we may as well not even bother playing out the season as the only potential weakness they have is the lack of a proper #9 as a replacement for Sergio Aguero.

City is strong through the core with Ruben Dias and John Stones shoring up the back line in front of Ederson, so much so that Aymeric Laporte can’t even get a game, while they still have the best player in the league in Kevin de Bruyne pulling the strings in midfield.

The battle for second will be hard-fought, and I believe Chelsea will edge it. Thomas Tuchel’s side was already formidable last season, ending it with a Champions League trophy. Throw in a true powerhouse like Romelu Lukaku, who has much to prove in the Premier League, and it’s hard to think the Blues will be anywhere but fighting for the title.

My own club, Manchester United, have made two key additions with Jadon Sancho finally joining the fold from Borussia Dortmund, as well as the experienced Raphael Varane heading over from Real Madrid. They fill two positions of need that will strengthen the club at either end of the park.

However, as much as it pains me to say, compared to the managerial calibre on offer amongst their rivals, I don’t think the team will achieve its true potential with Ole Gunnar Solskjaer at the helm. Oh how I’d love to be proven wrong!

Rounding out the top four is Liverpool. The return of Virgil van Dijk after a long recovery from ACL surgery will be huge, and the forward trio of Mohamed Salah, Sadio Mane and Roberto Firmino aided by the effervescent Diogo Jota are still a potent force. However, I just feel that the Reds’ squad is a little threadbare, and it’s telling that they have yet to add to their squad this summer as the club’s ownership does not have the financial spending power demonstrated by their rivals’ cash-splashing over the summer period.

Unfortunately, I think Leicester City will miss out again, with Jamie Vardy finally starting to look his age and a raft of injuries in central defence. Spurs simply don’t have enough under Nuno Espirito Santo to push the teams ahead of them, with or without Harry Kane. Arsenal? Let’s not be silly.

West Ham, one of last season’s darlings, hasn’t done enough recruitment to repeat last year’s mammoth effort. I’m tipping this year’s surprise package to be Aston Villa, who have spent their Grealish money well, recruiting the brilliant but brittle Danny Ings from Southampton, the creative Emiliano Buendia from Norwich and promising Leon Bailey from Bayer Leverkusen. I expect them to be hovering around the top six.

At the other end of the table, the newly-promoted trio of Norwich City, Watford and Brentford will be in the middle of the relegation fight for the majority of the campaign with perennial bottom-half strugglers Burnley, Crystal Palace and Brighton all struggling after good runs in the top flight.

I’m tipping Brentford to keep their dream run going, especially as they have the gold dust of Ivan Toney who they have somehow kept hold of after dominating the Championship’s scoring charts last season, but I see Norwich and Watford lacking the firepower to stay up.

My other tip for relegation is Southampton, who capitulated at times last season and have lost Ings, experienced defender Ryan Betrand and also potentially Jannik Vestergaard to Leicester City.

The great thing about football is that it’s entirely unpredictable and as the cliché goes, anything can happen! That’s why we love the game so much and ultimately why articles like this are often very wide of the mark. Enjoy the season!