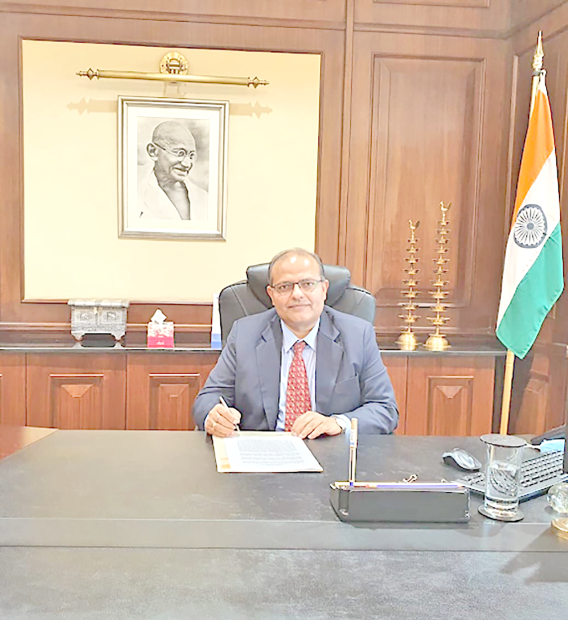 As India celebrates its 75th Independence Day, Indian Ambassador Piyush Srivastava extends his warm greetings and best wishes to members of the Indian community and friends of India in Bahrain.

“It is a historic year for us. Honourable Prime Minister of India Shri Narendra Modi launched ‘Azadi ka Amrit Mahotsav’ on March 12, 2021, commencing an over two-year-long celebration to commemorate 75 years of progressive India and the glorious history of its people, culture and achievements.

“This year assumes special significance as India and the Kingdom of Bahrain are also celebrating the Golden Jubilee of diplomatic relations.

“India’s progress in its journey of 75 years after independence - tremendous strides in socio-economic development, industrial, scientific and technological advances in almost all sectors of economy including hi-tech areas of space, defence, IT, big data, pharmaceuticals and medical sector – is open for all to see.

“The ‘Atma Nirbhar Bharat’ initiative is leading India to become a much stronger part of the global supply and value chain.

“This, combined with several economic and structural reforms as well as the boost given to infrastructure and connectivity, has opened up opportunities for greater trade and economic co-operation between India and the world.

“The resilience of the Indian economy and the confidence of investors in India are a reflection of the fact that India has received an overwhelming $64 billion in foreign direct investment (FDI) in the pandemic year of 2020, which is the fifth largest FDI inflow in the world.

“We still continue to grapple with the Covid-19 pandemic. I am happy to note that several measures taken by both our countries for dealing with the health as well as economic challenges posed by the pandemic have shown positive results.

“The government of India has embarked on an aggressive vaccination drive which is the largest on Earth. Over 500 million people have already been vaccinated.

“The daily Covid infection rate has drastically come down to around 40,000, with a significantly improved recovery rate of 97 per cent.

“Bahrain is among the most successful countries in dealing with the pandemic.

“The kingdom has taken exceptional care of its expat population, of which the Indian diaspora forms the majority, by providing free vaccination on par with its citizens, for which I would like to express our gratitude to the leadership and government of Bahrain.

“Our two countries continue to have excellent co-operation and collaboration in fighting this global pandemic.

“Despite the restrictions posed by the pandemic, our deep-rooted multifaceted bilateral co-operation continues to grow.

“His Excellency Dr Abdullatif bin Rashid Alzayani, Minister of Foreign Affairs of Bahrain, visited India in April this year for the third meeting of India-Bahrain High Joint Commission, during which both sides reviewed and discussed ways to further push the diverse area of our bilateral co-operation.

“Further, several measures taken by both governments for post-Covid economic recovery have opened up opportunities for further collaboration in sectors such as health and pharmaceutical, IT, education, tourism, hydrocarbon and food security.

“On this important milestone in the history of India, I once again extend my warm greetings to all Indian nationals in the Kingdom of Bahrain and thank them for their consistent contribution to the growth and development of both our countries as well as to the expansion of our bilateral relationship.

“I would also like to use this opportunity to reaffirm the commitment to further strengthen the deep and historic bonds of friendship, understanding and co-operation between our two countries.”