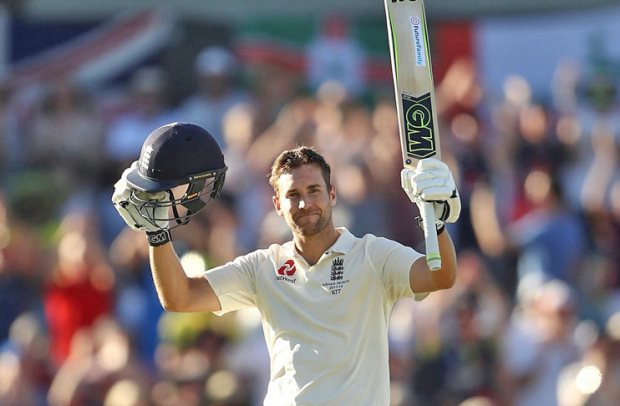 LONDON: England have dropped out-of-form opener Dom Sibley and brought in Dawid Malan for the third Test against India at Headingley, the England and Wales Cricket Board said yesterday.

Sibley, who has one test fifty in his last 15 innings, scored 11 and 0 in the second test at Lord’s, intensifying calls for his ouster.

England crashed to a stunning 151-run defeat at Lord’s, getting bowled out within two sessions while chasing 272 on the final day.

“Dom Sibley needs some time away to regain his confidence after a challenging period. He will return to Warwickshire to spend time in the middle without the scrutiny and find some rhythm and confidence,” said England coach Chris Silverwood.

Malan, meanwhile, returns to the Test squad for the first time in three years, with Silverwood adding that the Yorkshire batsman deserves his opportunity in the longest format.

“He has a lot of experience across all formats and, if called upon, I am confident that he can come in and do well... in the limited time he has played first-class cricket this season, he has shown what he is capable of,” said Silverwood.

Batsman Zak Crawley and spinner Jack Leach have also been omitted, while Lancashire seamer Saqib Mahmood has been included.

Silverwood also provided an update on Mark Wood, who hurt his shoulder during the Lord’s test, saying that he is hopeful that the fast bowler will be fit in time for Headingley.

The third Test starts on August 25 with India leading the five-match series 1-0.