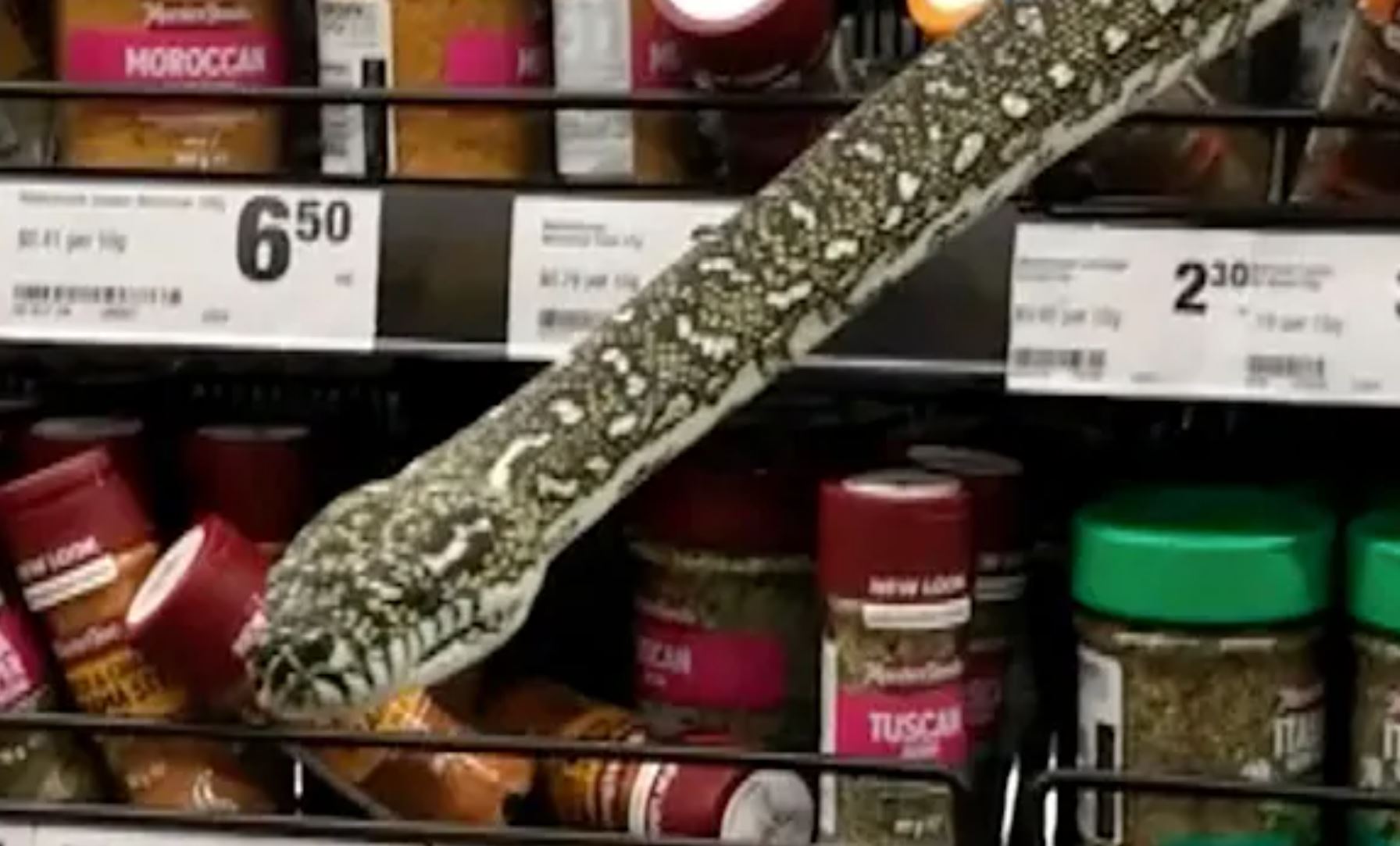 A 10-foot-long python surprised a woman shopping for spices at a grocery chain in Sydney, Australia.

According to reports, the woman, Helaina Alati, who had the encounter with the python was previously trained in catching snakes.

Helaina Alati was browsing in the spice aisle of Australian supermarket chain Woolworths when the non-venomous diamond python emerged from a shelf above the spice jars.

"Thankfully, I have a background in snakes so I was pretty calm about it. It definitely shocked me a little bit because I wasn't expecting it," Alati told the Associated Press on Wednesday.

She added, saying that the snake came within eight inches of her face.

Alati said she was trained in catching venomous snakes while volunteering for a Sydney wildlife rescue organisation several years ago.

Alati said she caught the python with her snake-catching bag and released it into the wild nearby.