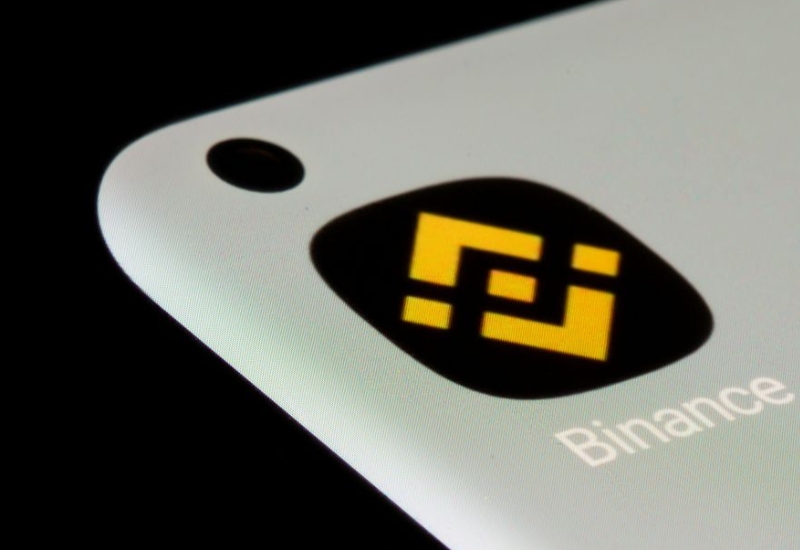 Biance app is seen on a smartphone in this illustration taken. Reuters Photo

FRANKFURT: Cryptocurrency exchange Binance said on Friday it would demand stricter background checks on customers to bolster efforts against money laundering, with immediate effect, a move that comes after weeks of pressure by regulators globally.

Binance, the world's biggest crypto platform, has faced warnings and business curbs from financial watchdogs from Britain and Germany to Japan, who are concerned over the use of crypto in money laundering and risks to consumers.

The exchange, whose holding company is registered in the Cayman Islands, has scaled back its product offerings and said it wants to improve relations with regulators.

U.S. Treasury Secretary Janet Yellen and European Central Bank President Christine Lagarde were among those this year to voice concerns over crypto money laundering, with other regulators growing concerned with Binance in particular.

The Dutch central bank on Monday said the platform, which processed spot trades worth $455 million in July, was not in compliance with its anti-money laundering and anti-terrorist financing laws.

Binance users will have to complete a verification process to access its products and services, it said on its website. Those who have not done so will only be able to withdraw funds, cancel orders and close positions.

The move represents a major shift by Binance.

Until now, it only asked for ID checks for users seeking higher limits on trading. Now, users must provide an ID card, driver's licence or passport, it said.

Binance CEO Changpeng Zhao, a Canadian known by his nickname "CZ," said in a tweet linking to the Binance announcement  that "actions speak louder than words".

"We aim to work more collaboratively with policy-makers to improve global standards and discourage bad actors," he added in a separate statement.

Binance said this week it had appointed a former U.S. Treasury criminal investigator as its global money laundering reporting officer.

Still, some lawyers were sceptical over whether Friday's move to tighten checks would placate regulators.

Financial watchdogs would need to know which of Binance’s local entities run the know-your-customer process to audit and check if it complies with local laws, said Alireza Siadat, partner at law firm Annerton in Frankfurt.

"It is a nice marketing statement, but from the regulators' perspective, this is not enough," he said.

Binance's corporate structure is opaque though its holding company is registered in the Cayman Islands, according to British court documents and Malaysia's securities watchdog.