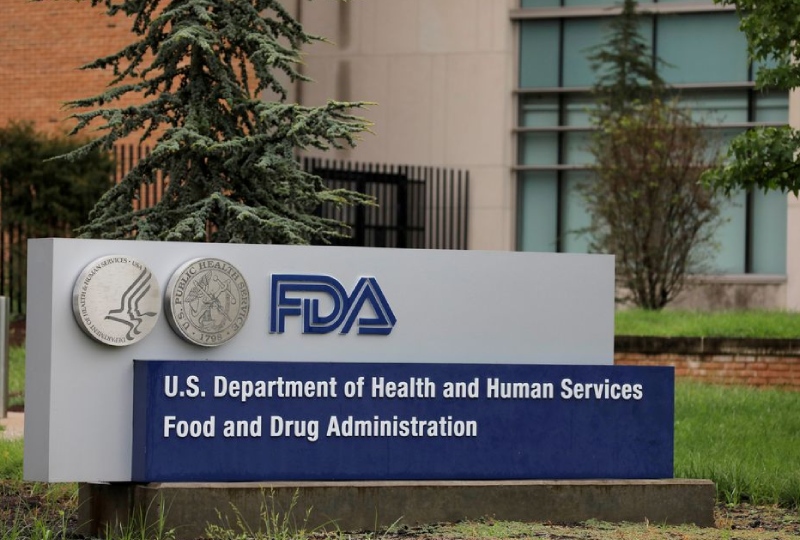 Signage is seen outside of the Food and Drug Administration (FDA) headquarters in White Oak, Maryland, U.S. Reuters Photo

The Food and Drug Administration on Monday approved Cara Therapeutics's  drug to treat moderate-to-severe itching in patients with chronic kidney disease undergoing dialysis, making it the first therapy for the ailment in the United States.

The company expects to commercially launch the injection, Korsuva, in the first quarter of 2022, Chief Executive Officer Derek Chalmers said in an interview.

The drug is designed to be administered three times a week after each dialysis. It reduces the activity of the sensory nerve that relays itching from the skin to the spinal cord and subsequently to the brain.

Cara's shares were unchanged after the bell, having gained about 4% in regular trading on Monday.

The company has an exclusive license agreement with Switzerland-based Vifor Pharma for Korsuva, under which it would earn 60% of the profit on U.S. sales.

Cara said it could price the drug similar to the $17,000 annual cost of Amgen Inc's treatment Parsabiv, which treats secondary hyperparathyroidism, or excessive secretion of parathyroid hormone, in kidney disease patients.

Cara has also filed for marketing approval with the European Medicines Agency, whose decision is due in the second quarter of 2022.

It is also developing an oral form of Korsuva in five different conditions, including atopic dermatitis.