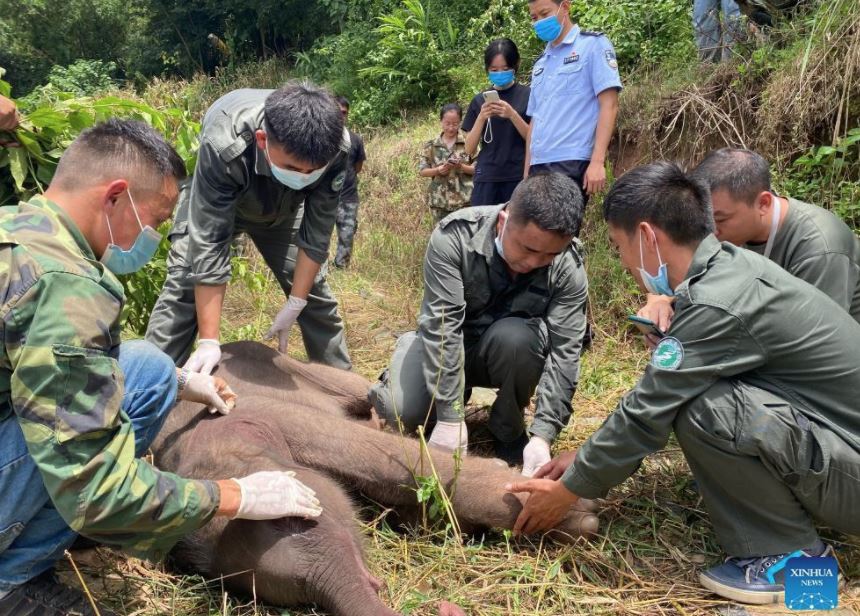 The six-day-old baby male elephant was found on Sunday after being left behind by its herd in Xishuangbanna, according to Tuesday's CCTV report.

In June, another elephant became separated from its group in Yunnan province after the herd travelled hundreds of km (miles) from their nature reserve, near China's border with Myanmar, in a widely-reported journey that went viral online.

"We used anti-inflammatory drugs to treat the infection around the umbilical cord. We measured some basic data including its body temperature and its heart rate," Bao Mingwei, director of the Asian Elephant Breeding and Rescue Center, told CCTV.

State television footage showed rescuers tending to the elephant, before moving the calf to a rescue centre in a truck.

Conservation efforts in Yunnan have seen elephant numbers double over the past decade.

Meanwhile, the space available for China's remaining native elephant community has gradually shrunk over the years, with the tropical forests of Xishuangbanna replaced with banana, tea or rubber plantations or used to plant lucrative raw materials for traditional Chinese medicine.