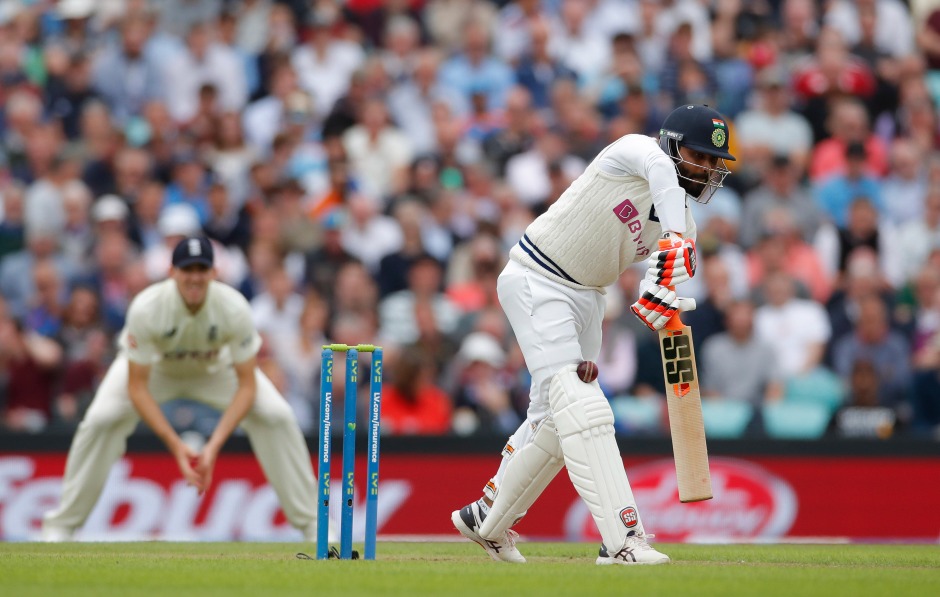 LONDON: England bowled out India for 191 before suffering a top-order collapse of their own on a bowler-dominated opening day of the fourth Test at The Oval yesterday.

The hosts lost their talismanic captain Joe Root in the penultimate over of the day to concede some of their advantage and were 53-3 at stumps.

Root, the world’s top-ranked Test batsman, made a fluent 21 but was bowled through the gate by a fine Umesh Yadav delivery.

Dawid Malan was batting on 26 and nightwatchman Craig Overton was one not out with England 138 runs behind.

Earlier, Virat Kohli made 50 but it was number eight batsman Shardul Thakur’s blistering 57 off 36 balls which lent respectability to India’s total after they had been put in to bat.

They were 39-3 before Kohli arrested the slide but the touring side slumped to 127-7 after the captain’s departure. Thakur launched a spectacular counter-attack but they still fell short of the 200-mark.

Root took spearhead James Anderson out of the attack after an expensive, wicketless spell and pressed Chris Woakes into service. Playing his first Test in 12 months, Woakes struck in his first over to trigger a mini-collapse.

India left out spinner Ravichandran Ashwin again and brought in seamers Yadav and Thakur to replace the injured Mohammed Shami and Ishant Sharma.

England welcomed back Woakes and batsman Ollie Pope in place of Sam Curran and Buttler.