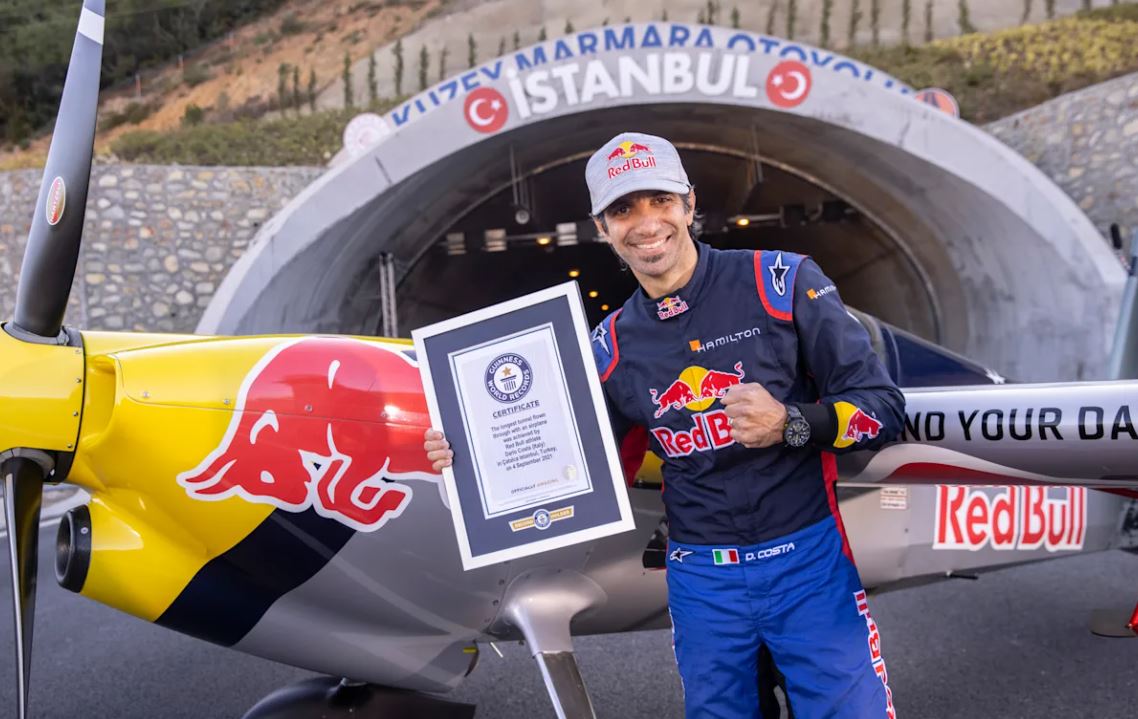 Reb Bull's viral video shows the pilot flying his Zivko Edge 540 aerobatic monoplane flat-out through Istanbul's Catalca Tunnels and out the other side, setting a Guinness World Record.

During his flight, Mr Costa was surrounded by the concrete arc of the walls and manoeuvred limited overhead clearance to keep the aircraft on its flight path - a margin of only about four meters between each wingtip.

"Changes to airflow, combined with the highly sensitive steering of the aircraft, required reaction times of less than 250 milliseconds as Costa executed fine hand movements of mere millimetres throughout the flight," Red Bull said in a statement.

"One of the most critical moments came when the plane flashed through the 360m gap between the tunnels, which exposed the lightweight aircraft to crosswinds as Costa prepared to thread it into the narrow opening of the second tunnel.

“Everything seemed to be happening so fast, but when I got out of the first tunnel, the plane started to move to the right because of the crosswinds, and in my head, everything slowed down in that moment," Mr Costa described.

"I reacted and just focused on getting the plane back on the right path to enter the other tunnel. Then in my mind, everything sped up all over again,” he said.

Once he was out the other side, the Italian pulled the airplane into a celebratory loop before landing.

The Tunnel Pass flight was recognised with a Guinness World Record for Longest Tunnel Flown through with an Aeroplane (1,610m), and Costa was presented with the official certificate, Red Bull said.