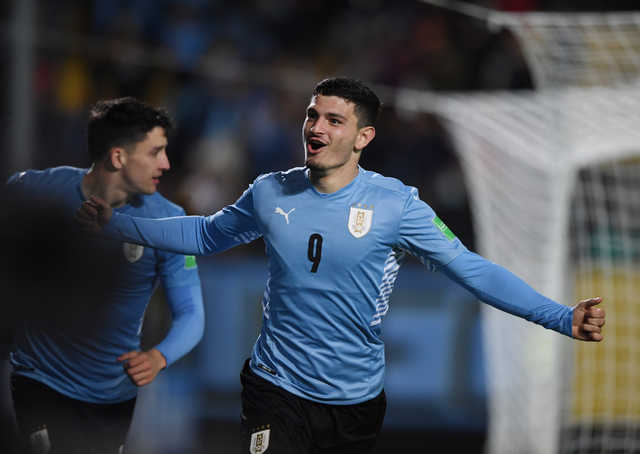 MONTEVIDEO: Giorgian de Arrascaeta scored twice as Uruguay beat Bolivia 4-2 on Sunday to boost their chances of an automatic qualifying place in the 2022 World Cup Finals in Qatar.

Uruguay have never lost at home to Bolivia in 15 previous matches and they dominated from the start.

Bryan Rodriguez blasted over after 10 minutes but made up for his mistake five minutes later when his cross was knocked home by de Arrascaeta.

Federico Valverde made it two 14 minutes before half time with a low freekick.

Agustin Alvarez made it 3-0 two minutes into the second half only for Marcelo Moreno Martins, aided by poor defending and poor goalkeeping, to get one back for Bolivia after an hour.

De Arrascaeta added a fourth from the penalty spot and then Moreno Martins got his second, also from the spot, with seven minutes remaining.

Two other games ended in draws on Sunday, with Paraguay drawing 1-1 at home with Colombia and Ecuador against Chile ending goal less.

Antonio Sanabria put Paraguay ahead five minutes before half time but Juan Cuadrado equalised for Colombia seven minutes into the second half.

The results leave Ecuador third and Uruguay fourth in the South American World Cup qualifying group. Uruguay have 13 points from eight games, one more than Ecuador.

Colombia are fifth with 10 points and Paraguay are in sixth with eight.

Brazil lead the group by six points from second-placed Argentina.

The top four teams in the South American group qualify automatically for Qatar in 2022 and the fifth-placed side go into an inter-regional playoff.