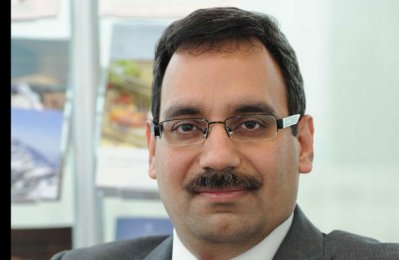 Demand for food in the GCC has remained relatively conservative, growing at a slower pace amid economic and geo-political concerns in recent years, according to a latest report on the GCC food industry.

“While demand has been supported by growing population and evolving consumer preferences, the fall in per capita income since the slowdown in oil prices in mid-2014 has led to the growth of food consumption to remain flat between 2014 and 2019,” stated the Alpen Capital GCC Food Industry report 2021report released by the UAE-based investment banking advisory firm, Alpen Capital.

Nevertheless, the continuous collaboration between the public and private sector and the ongoing efforts of the governments to increase food security has helped the GCC nations build a strong food ecosystem, which could withstand the Covid-19 pandemic, the report added.

According to Alpen Capital, consumption of food is anticipated to grow at 2.3% to reach 52.4 million metric tonnes by 2025, with greater emphasis falling on domestic production. In 2020, the GCC consumed 46.8 million metric tonnes of food, with Saudi Arabia and the UAE consuming a combined 77.9% due to greater population. Outside the two most populous nations in the region, Oman, Kuwait and Bahrain are forecast to grow at 4.2% and 4.1% taking higher growth rates in the region.

Cereals will remain the staple food of the region, the report predicts, albeit with much slower growth as most food categories experience minimal change in share through to 2025. However, the ‘others’ food category comprising of eggs, fish, pulses, oils & fats, potato and honey is expected to witness the highest growth rate of 3.7% driven by pandemic-led changes in eating habits.

“Food consumption in the GCC is expected to grow at a moderate pace on the back of growing population, economic recovery and reopening of the hospitality and tourism sectors. The impact of the pandemic led the governments to ramp up food security initiatives and operators to adopt new channels of delivery to meet the needs of their customers amidst restricted movement. We expect to witness increase in demand for organic, nutritious and convenience food accompanied with growing preference for private labels for the price conscious consumers,” said Sameena Ahmad, Managing Director, Alpen Capital.

Overall sector growth will be driven by population expansion as governments enhance economic infrastructure, alongside the much-anticipated revival of tourism and related facilities post-vaccination. Upcoming mega events such as the Dubai Expo and the FIFA World Cup in Qatar will also contribute to growth over the next five years.

“Over the past few years there has been a greater focus on enhancing agricultural capability by implementing technologies like vertical farming, aquaponics, hydroponics, etc. to improve self-sufficiency. Many deals concluded as part of the region’s strategic plan to improve food security and reduce dependence on imports. Companies pursued the path of inorganic growth to focus on the growing food demand in the region and thus expanding their offerings. Going forward, food aggregators are expected to transform the industry dynamics, and are likely to see traction as consolidation is imminent in the backdrop of Covid-19 to ensure survival,” said Sanjay Bhatia, Managing Director, Alpen Capital.

The pandemic exposed vulnerability in the region to global supply chain disruptions, giving rise to fears of food shortages. GCC governments took steps to enhance food security through supply chain diversification and is working to increase domestic production with incentives for technology and investment within the sector. Governments will pursue public-private partnerships in this sphere with significant attention to implementing necessary reforms.

The onset of the Covid-19 pandemic coupled with high-incidence of lifestyle diseases is encouraging healthy food habits in the GCC region, which has led to a boost in demand for organic food, with consumers seeking more home-cooked dishes and plant-based products with high nutritional value. Ready-to-cook packaged variants have grown in popularity with the advent of global food retailers to the region, alongside demand for private labels. With population estimated to reach 66.5 million by 2025, consumers have become increasingly price sensitive, prompting large retailers to turn to private labels to safeguard revenue.

Some of the challenges listed in the report included the application of VAT on food items, which led to higher food inflation. Lower revenues due to slump in oil prices could also affect consumption patterns in the region, which is severely exposed to global price and supply chain disruptions as over 85% of food requirement is imported. Dependence on imports is expected to continue on account of production constraints, despite large-scale movement in the AgriTech sector. Local food production will ultimately reduce supply-demand imbalances and cost to consumers.

The GCC has invested heavily in desalination capacity focusing on increasing food production, logistics and storage to increase self-sufficiency. Technology is an integral part of agriculture in the region to produce fruits, vegetables and cereals, which until recently were not feasible due to lack of freshwater and harsh climatic conditions.