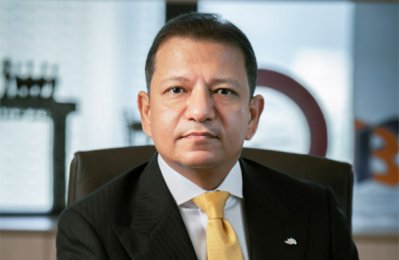 Mashreq Bank, a leading financial institution in the UAE, has inaugurated its representative office in Shanghai amid a strategic push to expand its presence in China.

The Shanghai representative office will serve as a liaison office, with the primary objective of building Mashreq’s franchise in mainland China. The office will be a key intermediary for Middle Eastern corporations with trade and investment flows into China, as well as for Chinese enterprises looking to establish operations within Mashreq’s existing international banking footprint.

Ahmed Abdelaal, Group CEO of Mashreq Bank, commented: “This milestone marks a strategic step into expanding our promising footprint into China. At Mashreq, we see this representative office as an instrumental initial link in fostering trade and investment flows between the UAE, wider Middle East and China. We believe there is enormous potential on the back of China’s Belt and Road initiative and the growing bilateral relationship between the UAE and China.

“Most importantly, the office enables us to leverage our insights of the MENA region for our stakeholders, as well as provide invaluable on-the-ground knowledge of China’s economic and banking landscape. We are proud of this milestone and look forward to exploring opportunities to further expand in the future,” Abdelaal added.

Tarek El Nahas, Senior Executive Vice President and Head of the International Banking Group, Mashreq Bank, commented: “The international banking business is a significant contributor to Mashreq’s overall revenues and the opening of a representative office in Shanghai demonstrates long term commitment towards strengthening our franchise in Asia.

“As China continues to shape the global trade map, corporates and financial institutions are adapting and repositioning themselves in order to leverage the evolving growth opportunities. The Shanghai presence is of high strategic interest to us and will produce synergies with all the international offices in Mashreq’s global network.”

With this latest announcement, Mashreq now operates in 13 countries, including the UAE. The UAE is considered China's largest non-oil trading partner in the Middle Eastern and North African region. According to recent reports, UAE-China trade volume has reached over $50 billion, and the target is to expand further to $200 billion by 2030.

Additionally, China’s Belt and Road Initiative is expected to significantly boost bilateral trade and will involve massive infrastructural developments such as the construction of roads, railways and shipping lines between China and more than 60 countries in Asia, Europe and Mena. – TradeArabia News Service