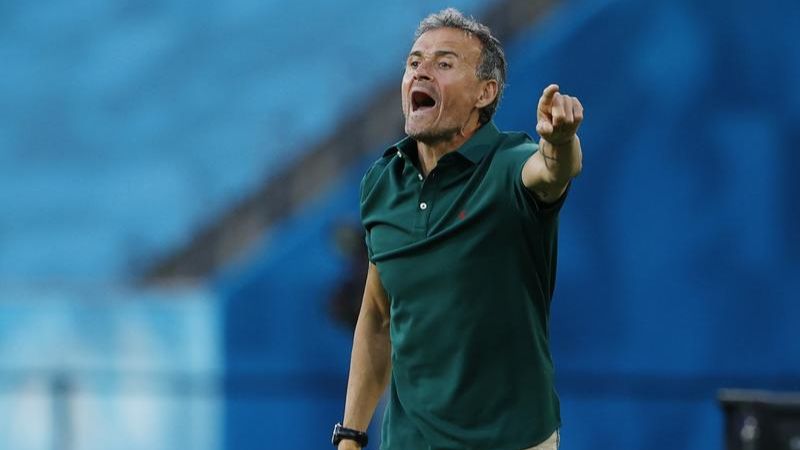 PRISTINA - Spain coach Luis Enrique urged his side to pile on the pressure on Group B rivals Sweden by defeating Kosovo on Wednesday as the race to secure an automatic spot in the 2022 World Cup hots up.

Spain top the standings with 10 points from five games, one point ahead of Sweden who have two games in hand.

The winners of each of the 10 groups qualify directly for the finals in Qatar while the second-placed teams advance into a playoff.

The Swedes took control of the group when they condemned Spain to their first World Cup qualifying defeat in 28 years last week, and Luis Enrique said it was down to his side to put them under pressure.

"We need to try and get away from everything and just focus on things we can control," he told a press conference.

"Our objective is to win the game (against Kosovo), and the best way we can put Sweden under pressure is by winning."

The 2010 World Cup winners can expect a raucous atmosphere at the Fadil Vokrri Stadium.

Spain has not recognised Kosovo as a country since its independence from Serbia in 2008. National broadcaster TVE referred to Kosovo as a "territory" and put their scoreline initials, KOS, in lower case letters during their meeting in March.

"We are on the sidelines when it comes to politics," Luis Enrique said.

"The only thing I'm worried about is winning. Kosovo will have their fans behind them, they play good football and deserve more points than the table says."