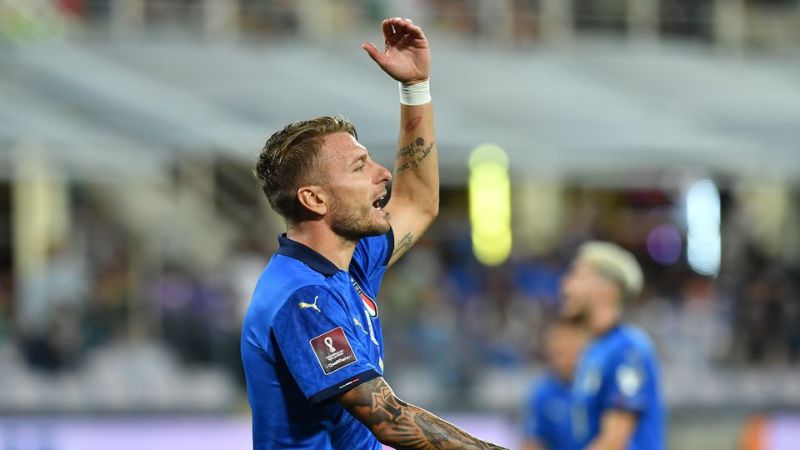 ROME - Italy manager Roberto Mancini leapt to the defence of under-fire striker Ciro Immobile on Tuesday, saying the 31-year-old has what it takes to lead the Azzurri to glory at next year’s World Cup.

Less than two months have passed since the Azzurri were crowned European champions, but back-to-back World Cup qualifying draws against Bulgaria and Switzerland, with one goal scored, have dampened the mood.

Immobile has failed to find the net in his last six Italy appearances, leading to calls for the attack to be refreshed for Wednesday’s clash with Lithuania in Reggio Emilia.

“We won the Euros with 26 players and Ciro always started. He scored in two games, other times he came close, or the ball would not go in," Mancini told a news conference.

“Of course, I have to tell him to make certain movements, but I do not see a big problem. He has always scored goals, maybe at the World Cup he will score eight and we will win it."

Sunday’s draw in Basel earned Italy the record for the longest unbeaten international run at 36 games, but the stalemate means World Cup qualification as Group C winners is far from guaranteed.

Italy are top with 11 points, but the Swiss are four points behind with two games in hand, making victory over bottom side Lithuania essential.

"I am not very worried. Psychologically, the players must be well, they have won the Euros and must play calmly," Mancini said.

"Sometimes the ball will not go in unfortunately, and in Italy we go looking for someone to blame for everything.

“But we have to isolate ourselves from this a little and do certain things a little better. Then the team will continue to do what it does, and Immobile too. The goals will come."