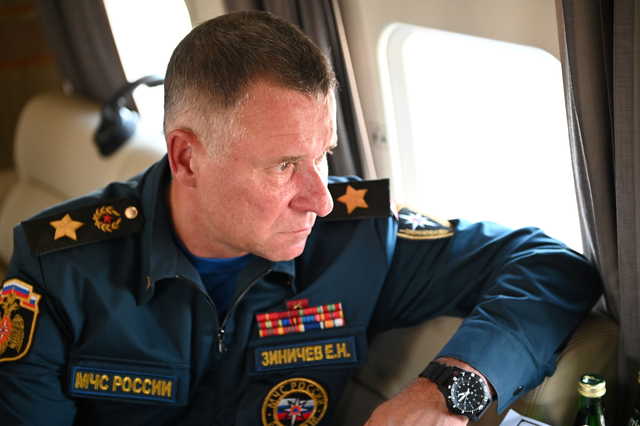 The 55-year-old Zinichev, who had headed the high-profile emergencies ministry since 2018, died while saving someone's life, RIA said, without providing further details.

Margarita Simonyan, editor-in-chief of Russia's RT television channel, said Zinichev had been standing on a ledge with a cameraman who slipped and fell into some water.

"There were a fair number of witnesses - no one even had time to think about what had happened when Zinichev threw himself into the water for the fallen person and crashed into a protruding rock," she wrote on Twitter.

Zinichev was in the Arctic to oversee large-scale drills and visited the construction site of a new fire station in Norilsk, as well as a search and rescue team in the area, the ministry had said in a statement earlier on Wednesday.

Before becoming a minister, Zinichev held a number of jobs including as deputy director of the Federal Security Service and briefly as acting regional governor of Kaliningrad.

He was formerly a bodyguard and personal aide to President Vladimir Putin, according to Russian media. Kremlin spokesperson Dmitry Peskov told Russian news agencies that Putin had offered his condolences.