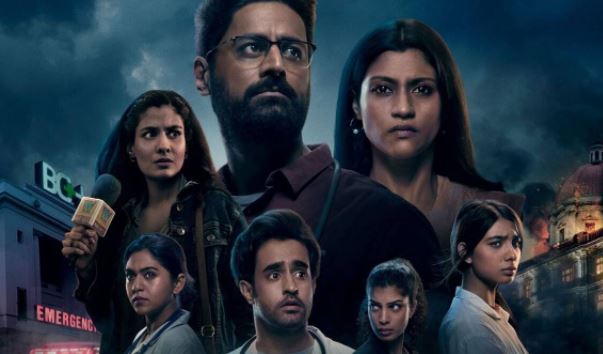 London: Medical thriller "Mumbai Diaries 26/11" looks back at the 2008 Islamist militant attack on the Indian city of Mumbai through the eyes of first responders and staff at a hospital as they fight to save lives.

The eight-part television series is based on the four-day attack, which began on November 26, 2008 when a group of militants targeted key landmarks in India's financial capital. More than 160 people died.

Reuters spoke to director Nikkhil Advani and actress Konkona Sen Sharma about the series, to be released on Amazon Prime Video on Thursday.

Q: What inspired you to make a series based on the events in 2008?

Advani: "I know friends who lived in New York and who were living in Boston and New York and on 9/11, everybody had a story (saying) 'I was here on 9/11. I was here when the towers came down. I was here and when the planes went into the building'. Similarly, 26/11 has the same kind of feeling for most Indians and especially Mumbaikars living in Mumbai. It's a day that's etched in our memories."

Q: How did you come up with the concept for the show?

"Now, you have doctors who just have mad motivation and dedication to just get you better. They don't have infrastructure, they don't have facilities, and that's a normal day for them. They're dealing with that every single day. And what if I flipped that and made that an extraordinary day, and what if that day is 26/11? That's the story of what we are doing."

Q: What preparation did you do for the show?

Sen Sharma: "Overall for the show, we needed to know what happened and how we are choosing to portray it and what is our attitude..., and for that actually the script was very detailed. We had a lot of discussions with the director and his team.

"... We're all actors, none of us are doctors..., so we all had to learn the basics - sutures and putting on gloves really quickly and injections and basic medical terms and things like that."

Q: Was there a scene that was particularly impactful?

Sen Sharma: "There is a moment where my character has an interaction with one of the terrorists, which is a very weird, obviously horrifying, terrifying, very frightening experience. But also there is a moment of connection, which is just a very weird and unusual thing and an unexpected thing to happen. So it's weirdly emotional."