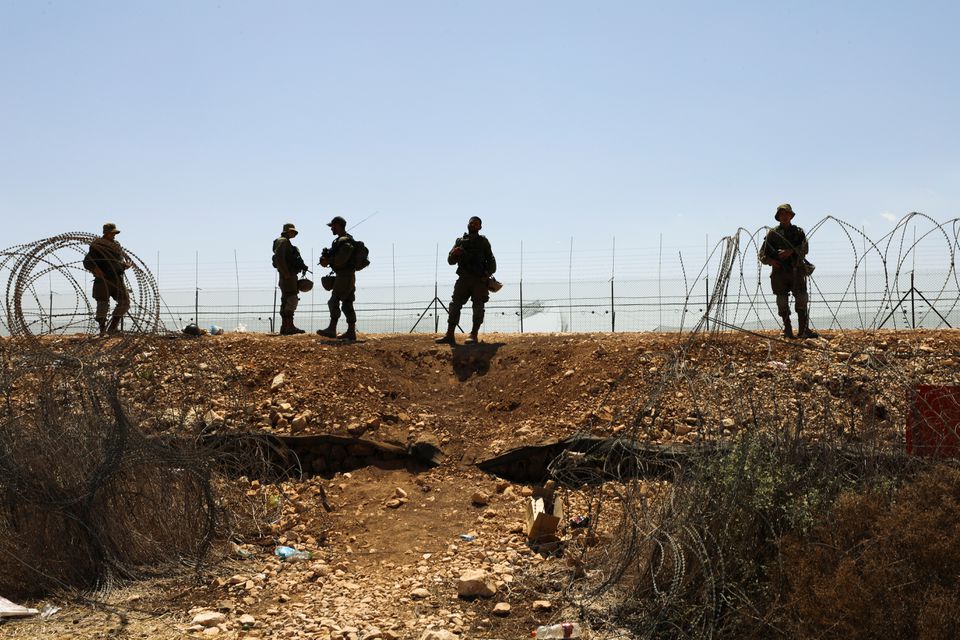 Israeli soldiers guard along a fence leading to the Israeli-occupied West Bank, as part of search efforts to capture six Palestinian men who had escaped from Gilboa prison earlier this week, by the village of Muqeibila in northern Israel September 9, 2021. Reuters Photo

NAZARETH: Two Palestinian militants who were among six who broke out of a maximum security Israeli jail this week were caught on Friday on a biblical hilltop near Israel’s northern city of Nazareth, police said.

The other four escapees were still at large amid a massive manhunt by Israeli forces across northern Israel.

The six escapees - five of whom are members of the Islamic Jihad group and one with the mainstream Fatah party - broke free early on Monday by tunnelling through a hole adjacent to their cell’s toilet.

Police said the men were captured on Mount Precipice on Friday night.

The six inmates have either been convicted or are suspected of planning or carrying out deadly attacks against Israelis.

Israel has vowed to capture all of the men. Palestinians have protested in support of them across the West Bank in East Jerusalem, seeing them as heroes in their national struggle.