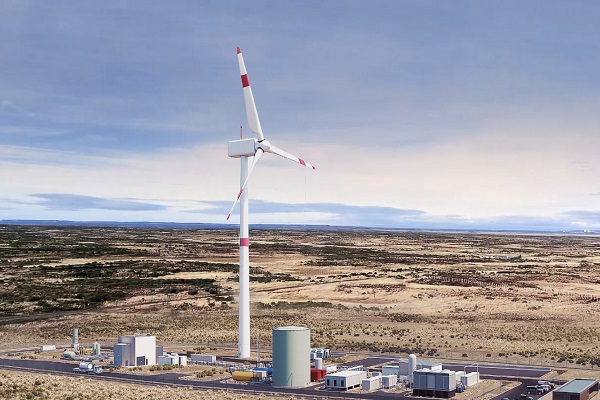 Aramco has signed an agreement with P1 Racing Fuels and WRC Promoter, the commercial rights owner of the FIA World Rally Championship (WRC), to support the global motorsport series in its purpose-driven transition towards sustainable motorsport and mobility.
In line with Aramco’s focus on sustainability and low-carbon fuels, the company is thrilled to support WRC to achieve their sustainability goals, and is proud to be a chosen technical partner for the championship, which reconfirmed its commitment to 100% sustainable fuels by 2022.
Under the MoUs, Aramco and P1 Racing Fuels will collaborate on the formulation of advanced-generation biofuels and sustainable synthetic fuels derived from captured CO2 and low-carbon hydrogen, which will be used in the WRC.
The partnership will also explore the use of low-carbon fuels to power auxiliary on-site generators.
Aramco Chief Technology Officer Ahmad O. Al-Khowaiter said: "This is an important milestone for the development of low-carbon fuels that support the drive for more sustainable mobility."
"Sustainable synthetic fuels can help contribute to a low-carbon energy future, and this partnership demonstrates Aramco’s circular carbon approach by testing low-carbon synthetic fuel in one of the most demanding conditions," he stated.
P1 Racing Fuels CEO Martin Popilka said: "P1 Racing Fuels has a long history of powering progress on the race track, but it doesn’t stop there. Developing sustainable fuels for motorsports brings us an important step closer to delivering similar products for everyday motorists - where fully renewable fuels could one day be available at the pump, and work with normal combustion engines with a fraction of the environmental impact.”
WRC Promoter GmbH CEO Jona Siebel said: "The technology behind sustainable fuels is changing rapidly. Therefore, we are pleased to have access to Aramco’s outstanding technical development team in finding the best available solution."
"The chosen blend of advanced biofuel and innovative e-fuel components makes WRC a real leader in sustainable motorsports with everyday cars. The WRC is a tremendous platform to develop and validate this innovative fuel in mass-produced vehicles, on real roads and under all circumstances on almost every continent.  What we will learn by using this fuel on the WRC stages can ultimately benefit road users all over the world," he added.
FIA Rally Director Yves Matton said: "The FIA has worked tirelessly to turn the hybrid-based Rally1 project from concept to reality via a close cooperation with the competing manufacturers, whose input has been invaluable, and WRC Promoter."
"At the same time, the FIA technical department has defined the specification of the 100% sustainable fuel that will be mandatory from next year to further underline the FIA’s commitment to a more sustainable future with a 360-degree approach. Alongside the collaboration with P1 Racing Fuels, we look forward to welcoming the additional technical expertise that Aramco will bring to the WRC," he stated.
Aramco will leverage in-house technology expertise to explore improving engine efficiencies at the WRC.
Working closely with motorsport experts from P1 Racing Fuels, this collaboration will tap into Aramco’s network of scientists and engineers located in the Company’s global research centers in Dhahran, Paris, Shanghai, and Detroit.
Aramco has significant R&D efforts focused on the development of low-carbon synthetic fuels with plans to pilot their production with partners in Europe and Saudi Arabia over the coming years.-TradeArabia News Service