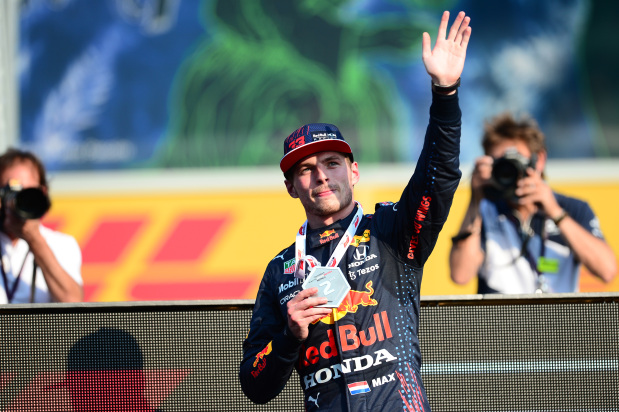 Hamilton’s Mercedes teammate Valtteri Bottas won the 18 lap race around the fastest track on the calendar but engine penalties sent the Finn to the back of the grid for today’s main event at Monza.

While Verstappen is perfectly placed for an eighth win in 14 races, seven-times world champion Hamilton will start fourth and with the championship gap in danger of dropping into double figures.

“The race was better than expected, we scored some nice little points. It is going to be an interesting race tomorrow,” said Verstappen, second at the chequered flag.

“I don’t expect it to be a very straightforward and easy race because of Valtteri coming from the back and Lewis starting in P4 with a lot of pace. We’ll see what we can do against them.”

McLaren’s Australian Daniel Ricciardo will join the Dutch 23-year-old on the front row for the first time since Mexico 2018 when the pair were teammates at Red Bull.

Bottas took three championship points, Verstappen two and Ricciardo one in an experimental race format being trialled for only the second time after a debut at Silverstone in July.

“It was a good sprint. Everything went smoothly, I had a really good start and the car was really consistent,” said Bottas.

Champions Mercedes had planned to impose team orders for their drivers to swap places during the race and maximise Hamilton’s points haul but that opportunity never materialised.

Hamilton dropped four places at the start and only reclaimed one when AlphaTauri’s Pierre Gasly, last year’s surprise winner at the Italian team’s home race, hit the back of Ricciardo’s McLaren at the first chicane and crashed out.

That brought out the safety car until the end of lap three and Hamilton was unable to get close enough to Norris after that to attempt an overtake.

The Ferrari duo of Charles Leclerc and Carlos Sainz, who crashed heavily in final practice, will share the third row at their home track.