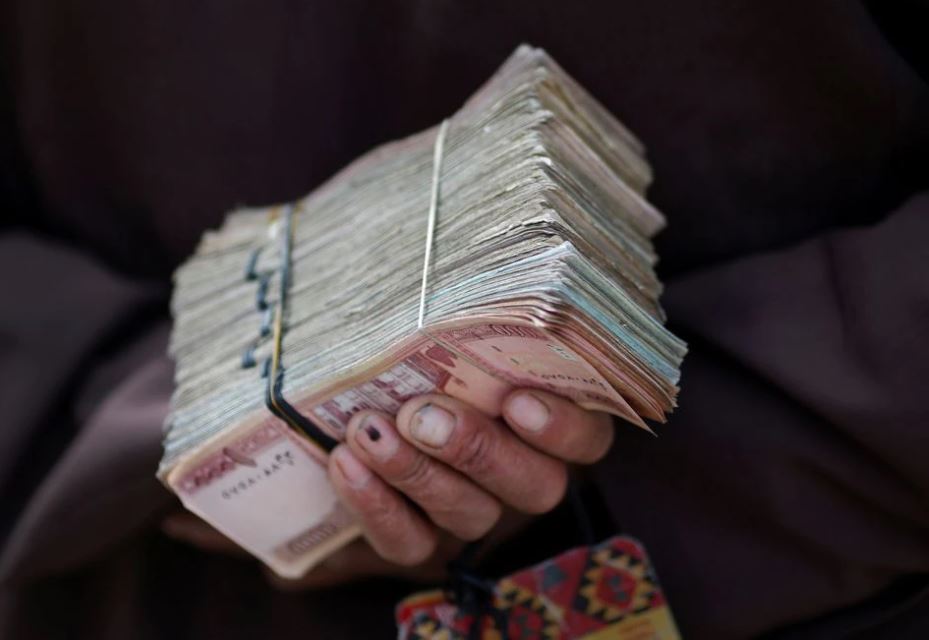 A money changer holds a stack of Afghan currency on a street in central Kabul April 2, 2014. REUTERS/Tim Wimborne

Afghanistan's central bank has ordered banks to pay out remittances in local currency only, the latest move to preserve scarce US dollars, say sources familiar with the matter.

Hard currency remittances have formed an important source of external finance for Afghanistan over the years but dollar availability has dried up in the aftermath of the Taliban's conquest of the country.

Western Union Co's agent banking partners in Afghanistan received a directive from the country's central bank in the last few days to pay out remittances in afghani only, said a source close to a money exchange provider.

Remittances sent before the directive and selected by the sender for dollar payout can continue to be paid in dollars, the source said.

MoneyGram International Inc said it was paying out in afghani only, without elaborating further.

Both resumed money-transfer services to Afghanistan last week, having suspended services in August after the Taliban captured Kabul.

No comment was immediately available from the central bank.

Under the leadership of acting central bank governor, Haji Mohammad Idris, a Taliban loyalist who has no formal financial training, the central bank has been moving to restrict dollar outflows amid a pause in foreign aid and a scramble by some Afghanis to get savings out of the country.

Further controls are expected to hasten the afghani's depreciation against the dollar, exacerbating inflation in a country where more than a third of the population lives on less than $2 a day.

"It's a matter of concern that the remaining physical cash of US dollars is going to reduce further," said an Afghani banker. "With the restrictions, we are predicting the dollar will reach more than 100 afghanis to the dollar."

The afghani was trading at around 80 to the dollar just before the fall of Kabul on Aug. 15.

Banks were told by the central bank last week to restrict withdrawals by corporate customers to local currency only, capped at around 20% of each customer's weekly operating costs, said the banker.

With around 80% of banking deposits in dollars, bankers say controls should minimise the risk of insolvency.

Since re-opening in the second half of August, banks have been operating with limited services, including $200 weekly limits on withdrawals and few wire transfers.