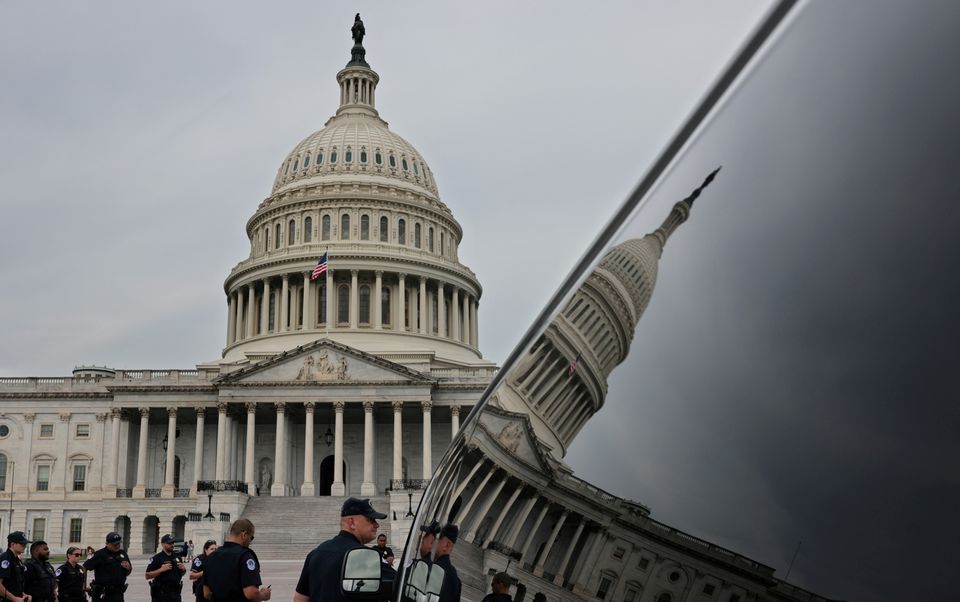 US Capitol police attend a morning briefing outside the US Capitol in Washington, US, August 3, 2021. REUTERS/Evelyn Hockstein/File Photo

The US Capitol Police has not found evidence of wrongdoing in most internal probes related to the Jan. 6 insurrection and recommended disciplinary action in six cases, the department said on Saturday.

In the six cases, disciplinary action was recommended for violations including "conduct unbecoming," failure to comply with directions, improper remarks and improper dissemination of information, according to the statement.

A separate case, started after a criminal investigation in which charges were not filed, into an official accused of unsatisfactory performance and conduct unbecoming is still pending.

Following a fiery speech by Republican then-President Donald Trump, hundreds of his supporters stormed the Capitol in a bid to stop the certification of Democrat Joe Biden's presidential election victory. Four people died in the melee, one-shot by a police officer and three others of natural causes.

The department said in February that 35 US Capitol Police officers were being investigated for their actions during the Jan. 6 riot and that six had been suspended without pay.

The department's statement came after Democratic US Representative Tim Ryan said two officers had been suspended for their actions that day. One had taken a selfie with a protester, while another wore a Trump-supporting hat and had directed rioters around the building.

It was not clear whether those officers were among the six cases in which disciplinary action was recommended.