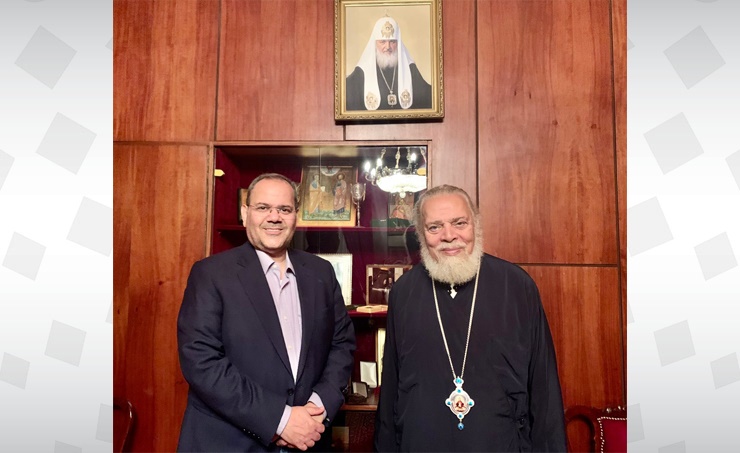 BNA Photo
MOSCOW: Bahrain's Ambassador to Russia Ahmed Abdulrahman Al Saati, met today with the Representative of the Patriarchate of Antioch and all the East of the Greek Orthodox to the Patriarchate of Moscow and all Russia, Archbishop Niphon Saikali. Archbishop Saikali, congratulated Bahrain on the Abraham Accords' first year anniversary that establishes a new era of peace and coexistence among the followers of the three monotheistic religions in order to achieve progress and prosperity for the peoples of the region .