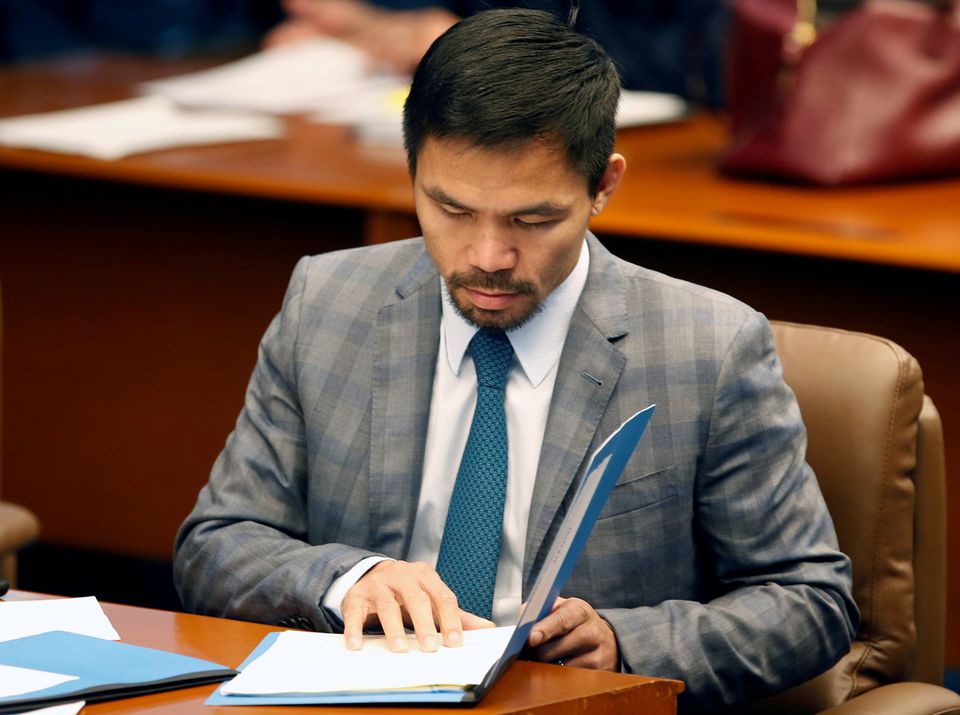 MANILA: Boxer Manny Pacquiao on Tuesday sued for libel an influential celebrity evangelist followed by millions of Filipinos, after he accused the eight-division world champion of embezzling funds intended for a $70 million sports complex.

Pastor Apollo Quiboloy, a self-proclaimed "Owner of the Universe" and "Appointed Son of God", is a longtime friend and spiritual adviser of Philippine President Rodrigo Duterte, with whom Pacquiao has recently locked horns.

The popular Pacquiao is considering running for president next year and has alleged corruption in Duterte's government.

"He used this deliberate falsehood to brainwash the minds of the Filipino public," Pacquiao said of Quiboloy, in announcing his lawsuit seeking $2 million in damages.

Church leaders are highly influential in Philippine elections and their endorsements can be worth a huge number of votes.

Quiboloy's group, Kingdom of Jesus Christ, says it has at least 4 million followers in the Philippines and another 2 million overseas.

Calls to Quiboloy's church and messages to the group's Facebook and web pages were unanswered. His office said he would respond in his television programme later on Tuesday.

Pacquiao, a senator, leads a rival faction in the ruling political party that did not back Duterte's bid to run for vice president in 2022. Duterte is prevented by the constitution from running for a second term as president.