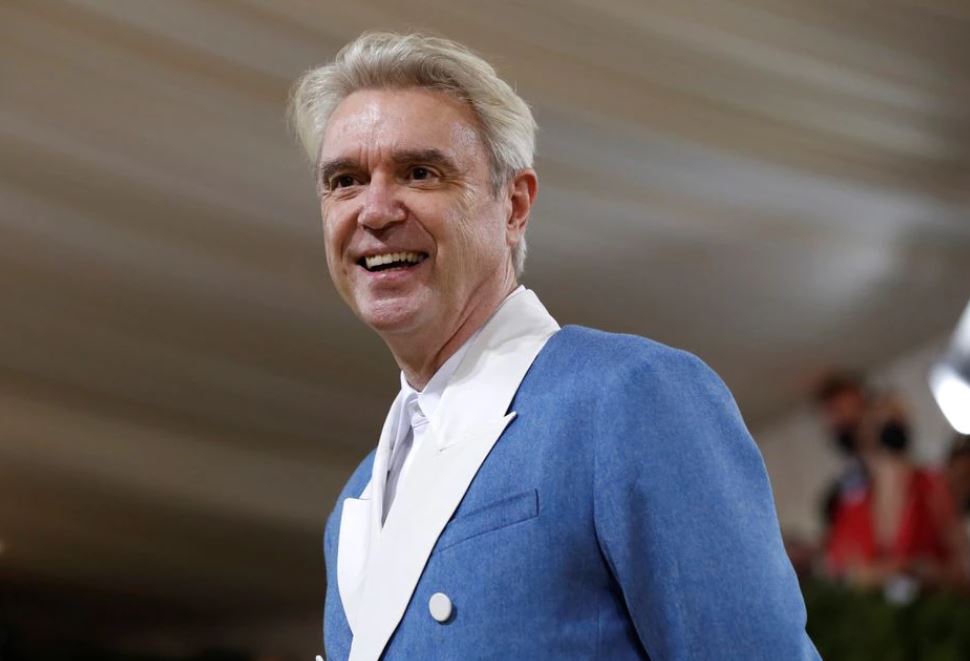 While Americans have fought over masks and vaccines during the Covid-19 pandemic, musician David Byrne said he believes the health crisis showed that people actually yearn for a better society as he envisions in his Broadway show "American Utopia."

A filmed version of the stage production, recorded in early 2020, will play in US cinemas for one night only on Wednesday.

The show mixes "Once in a Lifetime" and other songs from the Talking Heads frontman's catalogue with his commentary about current events and humans' need for connection. Byrne is joined on stage by a small group of musicians, singers and dancers.

Byrne said the pandemic "pulled back the curtain" on modern life and prompted people to stop and think about what kind of world they want to live in. Many people, Byrne said, decided they wanted things to improve.

"To me, that's the utopian urge," Byrne said in an interview with Reuters. "Yes, there's a lot of division in this country in particular. But I think there is an urge to see things improve. And that has really come to the forefront during the pandemic, which is kind of a really beautiful thing."

The film of "American Utopia" has been streaming on HBO Max since October 2020.

The version heading to movie theatres, which is being distributed by Iconic Events Releasing, will include a new introduction by Byrne and a conversation between him and the movie's director, Spike Lee.

The show follows "a typical someone who happens to be me, from kind of being more or less isolated, a little bit socially awkward and uncomfortable, then finding themselves immersed in a little community," Byrne said.

"That little community, by the end of the film, is ready to engage with the larger society and connect with kind of the world at large, which is a huge transformation for this person."

The stage show is set to reopen on Broadway on Friday. Byrne said he had made some changes to reflect the pandemic and the protests for social justice during the past year.

The musician said he spent time drawing and writing during coronavirus lockdowns but found it hard to compose new music.

"I'm totally jealous of Taylor Swift for writing and recording two albums," Byrne said. "I wrote some things, but music, I wrote very, very little during the pandemic. It's like how, how do I address this?"