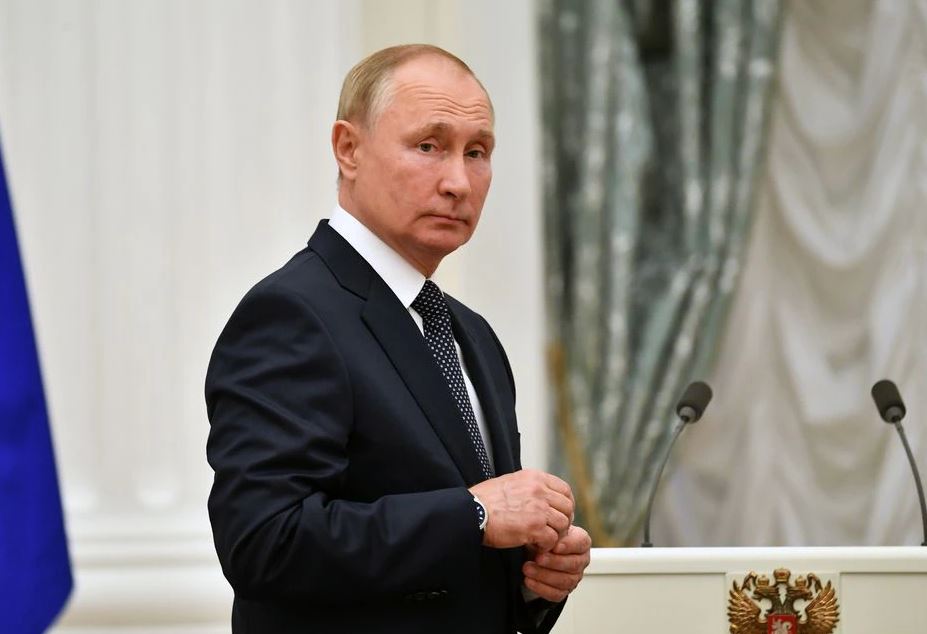 Russian President Vladimir Putin looks on during a meeting with athletes, participants of the 2020 Tokyo Olympic Games, in Moscow, Russia September 11, 2021. Sputnik/Evgeny Biyatov/Kremlin via Reuters

MOSCOW: Russian President Vladimir Putin said on Tuesday he was self-isolating after several members of his entourage fell ill with Covid-19, including someone he worked with in close proximity and had been in close contact with all of the previous day.

Putin, who has had two shots of Russia's Sputnik V vaccine, explained the situation to a government meeting by video conference after the Kremlin said he was "absolutely" healthy and did not have the disease himself.

"It's a natural experiment. Let's see how Sputnik V works in practice," Putin said. "I have quite high levels of antibodies. Let's see how that plays out in real life. I hope everything will be as it should be."

Putin, 68, said the circumstances had forced him to cancel a planned trip to Tajikistan this week for regional security meetings expected to focus on Afghanistan, but that he would take part by video conference instead.

The Kremlin said Putin took the decision to self-isolate after completing a busy round of meetings on Monday, which included face-to-face Kremlin talks with Syrian President Bashar al-Assad.

He was quoted by the RIA news agency as telling the Paralympians on Monday that he was worried about the Covid-19 situation in the Kremlin.

"Problems with this Covid are even surfacing in my entourage," Putin was quoted as saying at the time. "I think I'll be forced to quarantine myself soon. Many people around me are sick."

He said on Tuesday the colleague he worked with in close proximity - one of several entourage members who had fallen ill with Covid-19 - had been vaccinated but that his antibody count had later fallen and that the individual had fallen ill three days after being revaccinated.

"Judging by everything, that was a little late (to get revaccinated)," Putin said.

The Kremlin has had a rigorous regime in place designed to keep Putin, who turns 69 next month, healthy and away from anyone with Covid-19.

Kremlin visitors have had to pass through special disinfection tunnels, journalists attending his events must undergo multiple PCR tests, and some people he meets are asked to quarantine beforehand and be tested.

"But it's just that in-person meetings will not take place for a while. But that does not affect their frequency and the president will continue his activity via video conferences."

Asked if Putin had tested negative for Covid-19, Peskov said: "Of course yes. The president is absolutely healthy."

Alexander Gintsburg, director of the Gamaleya Institute which developed the Sputnik V vaccine, was quoted by the Interfax news agency as saying that, in his view, Putin would need to self-isolate for one week.

Gintsburg said any decision on the length of the isolation period was a matter for the Kremlin's own medical specialists.

Otherworld leaders, including French President Emmanuel Macron and British Prime Minister Boris Johnson, have also been forced to self-isolate during the pandemic.