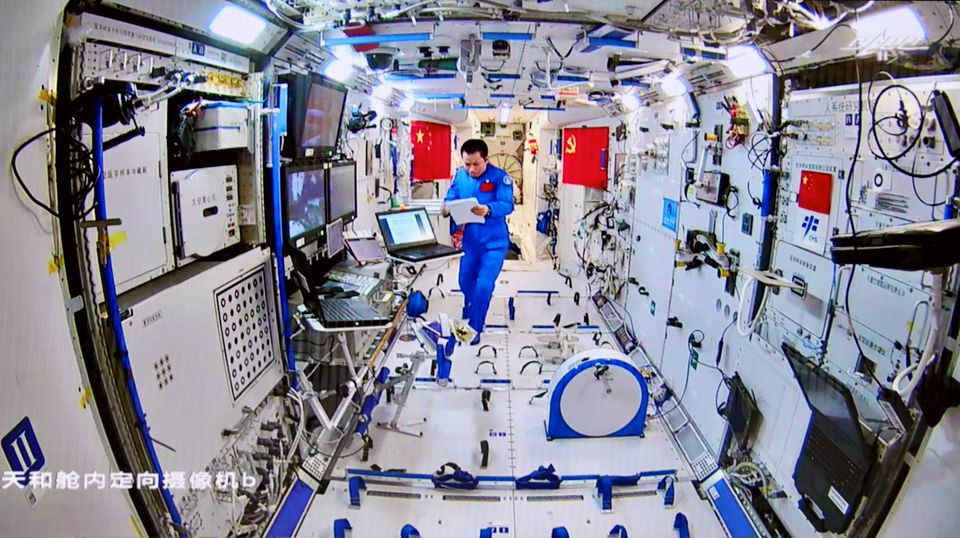 Chinese astronaut Tang Hongbo of the Shenzhou-12 mission works inside the core module Tianhe of the Chinese space station as his colleagues conduct extravehicular activities outside the space station, in this image released by China Manned Space Engineering Office August 20, 2021. cnsphoto via Reuters

BEIJING: Three Chinese astronauts left a space station module on Thursday on a spacecraft bound for Earth, completing the third of more than 10 missions needed to finish China's first space station by the end of next year.

The astronauts have left the Tianhe module on the Shenzhou-12 probe after spending 90 days in space, a record for China, according to state media.

Construction of the space station began in April with the launch of Tianhe, a cylinder-like module slightly bigger than a city bus.

The module will eventually be the living quarters of the completed station.

Four out of the total 11 missions needed to finish building the station will be crewed.

The next crewed mission will last for six months.

Prior to that, China will send another automated cargo spacecraft - the Tianzhou-3 - to Tianhe carrying supplies needed by the next crew.

The Tianzhou-3 spacecraft will be launched in the near future, state media said recently.