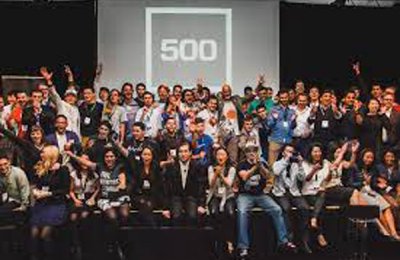 500 Startups
500 Startups, one of the world’s most active venture capital firms, has announced the closing of a $140 million global flagship fund--the firm’s largest fund to date--bringing assets under management to $1.8 billion.
Now rebranded as 500 Global, the firm has been expanding its investment strategy beyond the accelerator and seed stage.
The eleven-year-old firm’s global thesis has paid off: 500 Global’s first global flagship fund is a top decile performer with a net TVPI of 11x^.  Overall, the firm’s portfolio has yielded 33 companies valued over $1 billion and more than 120 companies valued over $100 million including Talkdesk, Canva, Bukalapak, Grab, Shippo, and more.
500 Global has backed more than 6,000 entrepreneurs across 77 countries.
“From the very beginning, our mission and investment thesis were anchored in the conviction that exceptional founders exist in all corners of the world. That led us to start investing in companies not just in Silicon Valley, but also in Latin America and East Asia in 2011, the Middle East in 2012, Africa in 2013, and Southeast Asia in 2014.
“That early conviction has resulted in an expansive, diversified global portfolio across many countries, sectors, and stages, with 46%  of the companies based outside of the US,” says Christine Tsai, CEO and Founding Partner of 500 Global.
In expanding its investment strategy, 500 Global will continue to invest at the accelerator and seed stage as well as the later stages of a company’s growth.
The firm has already begun to write larger investments into companies, leading or co-leading fundraising rounds, as well as offering later stage co-investment opportunities to limited partners.
“Today, global startup ecosystems are developing at a pace that has never been seen before. As venture capital continues to globalise and the percentage of unicorns from outside the US increases further, 500 Global is uniquely positioned with deep expertise and a strong track record of investing in markets around the world.
“We’re excited to expand our scope to back even more founders globally, from first check to last. Our new brand reflects this vision,” adds Tsai.-- TradeArabia News Service