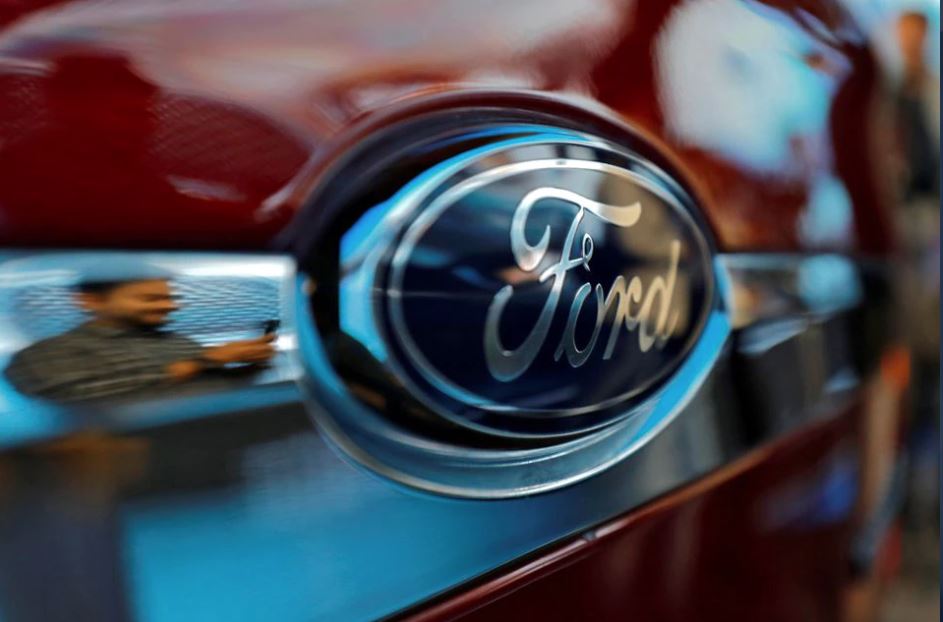 A visitor is reflected as he takes pictures of a Ford Aspire car during its launch in New Delhi, India, Oct. 4, 2018. REUTERS/Anushree Fadnavis/File Photo

When Ford Motor Co built its first factory in India in the mid-1990s, U.S. carmakers believed they were buying into a boom - the next China.

The economy had been liberalised in 1991, the government was welcoming investors, and the middle class was expected to fuel a consumption frenzy.

Rising disposable income would help foreign carmakers to a market share of as much as 10%, forecasters said.

Among foreigners that remain, Japan's Nissan Motor Co Ltd and even Germany's Volkswagen AG - the world's biggest automaker by sales - each hold less than 1% of a car market once forecast to be the third-largest by 2020, after China and the United States, with annual sales of 5 million.

Instead, sales have stagnated at about 3 million cars. The growth rate has slowed to 3.6% in the last decade versus 12% a decade earlier.

Ford's retreat marks the end of an Indian dream for U.S. carmakers. It also follows its exit from Brazil announced in January, reflecting an industry pivot from emerging markets to what is now widely seen as make-or-break investment in electric vehicles.

Analysts and executives said foreigners badly misjudged India's potential and underestimated the complexities of operating in a vast country that rewards domestic procurement.

Many failed to adapt to a preference for small, cheap, fuel-efficient cars that could bump over uneven roads without needing expensive repairs.

Lower tax on small cars also made it harder for makers of larger cars for Western markets to compete with small-car specialists such as Japan's Suzuki Motor Corp - controlling shareholder of Maruti Suzuki India Ltd, India's biggest carmaker by sales.

Of foreign carmakers that invested alone in India over the past 25 years, analysts said only South Korea's Hyundai Motor Co stands out as a success, mainly due to its wide portfolio of small cars and a grasp of what Indian buyers want.

"Companies invested on the fallacy that India would have great potential and the purchasing power of buyers would go up, but the government failed to create that kind of environment and infrastructure," said Ravi Bhatia, president for India at JATO Dynamics, a provider of market data for the auto industry.

Some of Ford's missteps can be traced to when it drove into India in the mid-1990s alongside Hyundai. Whereas Hyundai entered with the small, affordable "Santro", Ford offered the "Escort" saloon, first launched in Europe in the 1960s.

Ford's narrow product range also made it hard to capitalise on the appeal won by its best-selling EcoSport and Endeavour sport utility vehicles (SUVs), said analyst Ammar Master at LMC.

The carmaker said it had considered bringing more models to India but determined it could not do so profitably.

"The struggle for many global brands has always been meeting India's price point because they brought global products that were developed for mature markets at a high-cost structure," said Master.

A peculiarity of the Indian market came in mid-2000 with a lower tax rate for cars measuring less than 4 metres (13.12 ft) in length.

"US manufacturers with large truck DNAs struggled to create a good and profitable small vehicle. Nobody got the product quite right and losses piled up," said JATO's Bhatia.

Ford had excess capacity at its first India plant when it invested $1 billion on a second in 2015. It had planned to make India an export base and raise its share of a market projected to hit 7 million cars a year by 2020 and 9 million by 2025.

But the sales never followed and overall market growth stalled. Ford now utilises only about 20% of its combined annual capacity of 440,000 cars.

To use its excess capacity, Ford planned to build compact cars in India for emerging markets but shelved plans in 2016 amid a global consumer preference shift to SUVs.

It changed its cost structure in 2018 and the following year started work on a joint venture with local peer Mahindra & Mahindra Ltd designed to reduce costs.

Three years later, in December, the partners abandoned the idea.

After sinking $2.5 billion in India since entry and burning another $2 billion over the past decade alone, Ford decided not to invest more.

"Unfortunately, we are not able to do that."