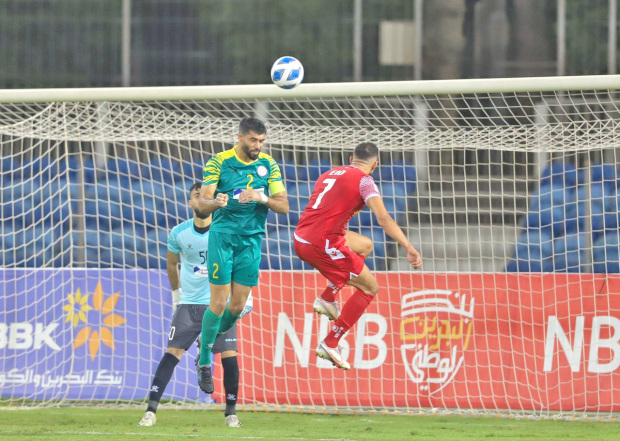 n Action from the Muharraq-Malkiya match

Muharraq, Khalidiya and Al Ahli have qualified for the quarter-finals of the King Cup.

Muharraq produced brilliant football in the second half after a goalless first half at the Khalifa Sports City Stadium.

Mohamed Al Murdhi scored their first goal in the 46th minute, followed by goals from Waleed Al Hayyam in the 49th minute and Mahmood Abdul Aziz in the 66th. Malkiya scored their only goal through substitute Ali Sayed Isa.

Muharraq will now face current champions Riffa in the quarter.

In the second encounter, Khalidiya beat Budaiya 4-1 on penalties after the match ended in a 1-1 draw.

Budaiya took the lead through Herida in the 64th minute. Ismail Abdul Latif scored the equaliser for Khalidiya in the dying minutes of the match. Khalidiya will take on the winner of today’s Hidd-Sitra match.

They will play Al Najma in the quater-final.