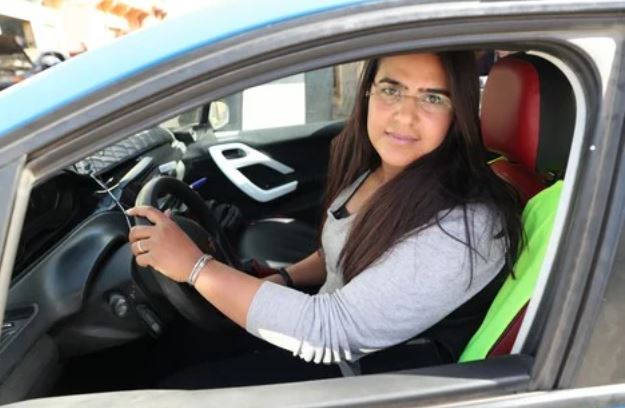 Souad Hdidou is challenging social norms and busting stereotypes from behind the wheel as the only female taxi driver in the Moroccan capital Rabat and one of a few in the country.

Hdidou, 33, started work as a truck driver after dropping out of school and worked for a fish distribution company, but switched to taxis for the better pay and greater freedom, she said.

She now earns enough to pay the mortgage on her flat near Rabat as well as supporting her family in the countryside and has built up a solid customer base.

"Mothers often trust me to pick up their kids from school when they're busy," she said. "I also receive calls to pick up women at night because they feel more comfortable with me."

At the wheel of her blue sedan, sparkling clean and fragrant inside, and a heart-shaped talisman with religious verses dangling from the rear view mirror, Hdidou is a rare sight on Rabat's roads.

"We need more women taxi drivers," said Nouhila Asah a female client, adding that with Hdidou she can have a conversation and talk freely over the phone unlike when the driver is a man.

There used to be seven women licensed as taxi drivers in the capital, but they all stopped working except Hdidou. Female taxi drivers sometimes face sexual harassment in the form of unwanted advances, she said.

Even for men, the taxi business is tough in Morocco - most drivers have no access to state health and pension coverage, and want the government to reform the sector.

The taxi operating licence is so costly that many "rent" it from well-off people who have the right connections.

Hdidou said the cost of renting the licence as well as car operating expenses account for up to 70 per cent of her monthly revenue.

The head of the taxi drivers' union, Mohamed Touiti, said he hoped the government would give drivers access to state social security.

For Hdidou, she's taken a step towards fulfilling her childhood dream: "My wish is to work in international transport... I am now in the process of getting different types of driving licences. This is Souad's life," she said, laughing.