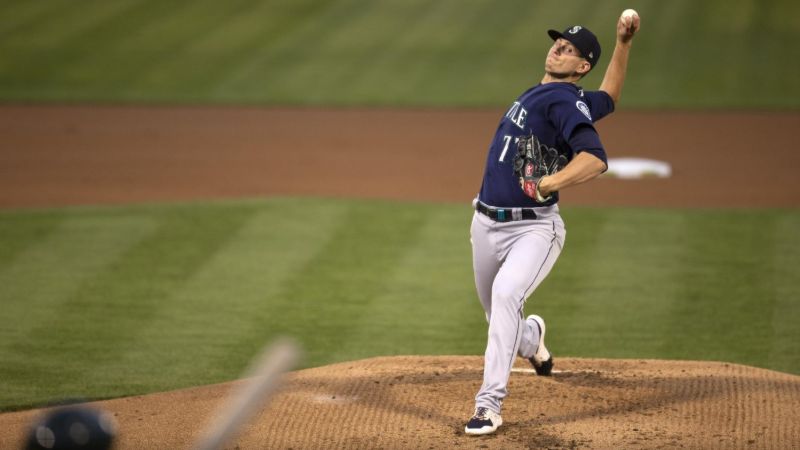 The Seattle Mariners continued their dominance of the visiting Oakland Athletics on Monday night, riding Mitch Haniger's pair of three-run home runs to a 13-4 trouncing of their American League West rivals in the opener of a three-game series.

The win allowed Seattle (87-70) to gain ground in the AL West and wild-card races over teams that were idle Monday.

Meanwhile, the loss formally eliminated the third-place A's (85-72) in the West and knocked them 3 1/2 games behind the Red Sox in the wild-card race.

After spotting Oakland a 3-0 lead in the top of the first on a three-run homer by Seth Brown, the Mariners drew even with a three-run third, then began a pull-away when Haniger's first homer capped a five-run fourth.

Up 8-4, Seattle tacked on three more on Haniger's second homer in the sixth.

The home runs were Haniger's 36th and 37th of the season. They came off A's relievers Deolis Guerra and James Kaprielian.

Ty France also had a monster game, going 4-for-4 with four RBIs and three runs. He contributed a run-scoring double in the third inning, added an RBI single in the fourth and put a capper on the Seattle scoring with a two-run single in the seventh.

Mariners starter Chris Flexen (14-6) benefitted from the 14-hit attack to beat Oakland for the third consecutive time. He held down the fort after Brown's homer in the first, finishing five innings and allowing four runs and seven hits. He walked one and struck out six.

J.P. Crawford had three hits and scored three times for the Mariners, who won for the eighth time in their past nine games. Luis Torrens and Jarred Kelenic added two hits apiece.

Brown's homer was his 17th of the season for the A's, who fell to 4-13 against the Mariners, dropping the last 10 meetings in a row.

Oakland's Matt Olson and Chad Pinder chipped in with two hits each.

A's starter Cole Irvin (10-15) wound up charged with five runs on six hits in three-plus innings. He walked three and struck out four.