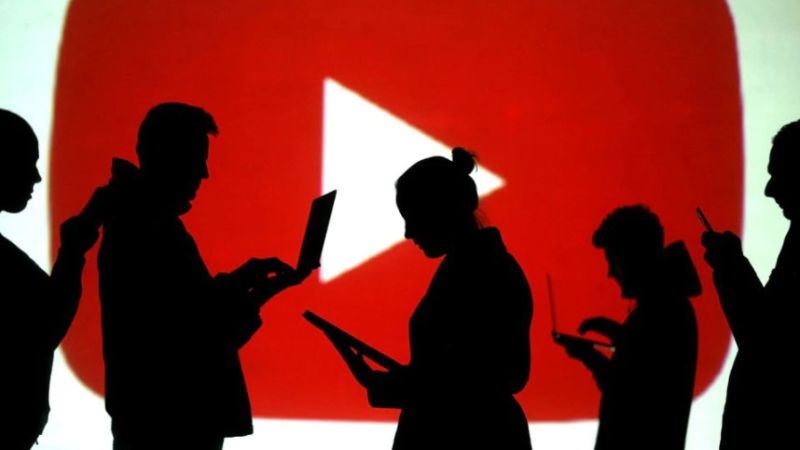 Silhouettes of laptop and mobile device users are seen next to a screen projection of the YouTube logo in this picture illustration taken March 28, 2018. REUTERS/Dado Ruvic/Illustration/File Photo

MOSCOW- Russia on Wednesday threatened to block Alphabet Inc.'s YouTube after Russian state-backed broadcaster RT's German-language channels were deleted a day earlier and said it was weighing possible retaliation against the German media.

YouTube said on Tuesday that RT's channels had breached its Covid misinformation policy, a move Russia's Foreign Ministry described as "unprecedented information aggression" in a statement late on Wednesday.

The ministry said Russian authorities had been approached with "a proposal to develop and take retaliatory measures against the YouTube hosting service and the German media."

State communications regulator Roskomnadzor said on Wednesday it had written to Google and demanded that the restrictions be lifted and warned that Russia could seek to partially or fully restrict access to YouTube if it failed to comply.

Google did not immediately respond to a request for comment.