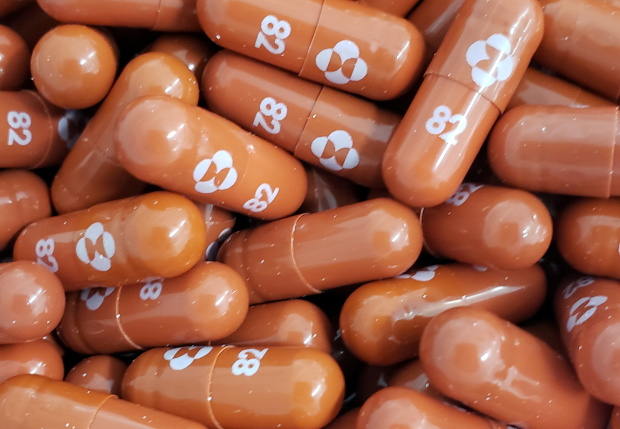 Laboratory studies show that Merck & Co's experimental oral Covid-19 antiviral drug, molnupiravir, is likely to be effective against known variants of the coronavirus, including the dominant, highly transmissible Delta, the company said on Wednesday.

Since molnupiravir does not target the spike protein of the virus - the target of all current Covid-19 vaccines - which defines the differences between the variants, the drug should be equally effective as the virus continues to evolve, said Jay Grobler, head of infectious disease and vaccines at Merck.

Molnupiravir instead targets the viral polymerase, an enzyme needed for the virus to make copies of itself. It is designed to work by introducing errors into the genetic code of the virus.

Data show that the drug is most effective when given early in the course of infection, Merck said.

The US drugmaker tested its antiviral against nasal swab samples taken from participants in early trials of the drug. Delta was not in wide circulation at the time of those trials, but molnupiravir was tested against lab samples of the variant behind the latest surge in Covid-19 hospitalisations and deaths.

Merck is conducting two Phase III trials of the antiviral it is developing with Ridgeback Biotherapeutics - one for treatment of Covid-19 and another as a preventive.

Merck anticipates the first study will finish in early November, Grobler said. "Data could come sooner or later," he added.

The research was presented during IDWeek, the annual meeting of infectious disease organisations, including the Infectious Diseases Society of America.