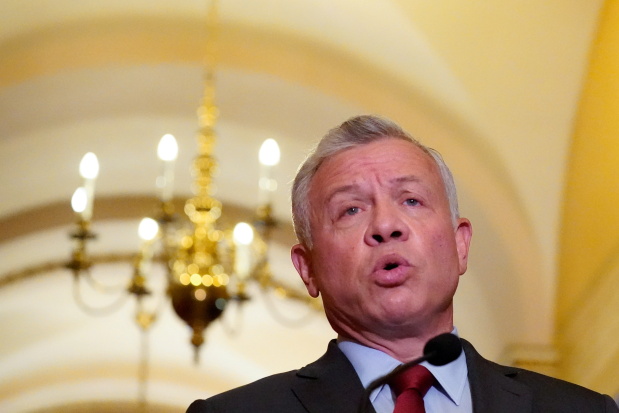 FILE IMAGE: Jordan's King Abdullah II speaks after being welcomed to the U.S. Capitol in Washington, US, July 22, 2021. Reuters Photo

AMMAN: It was not a secret that Jordan's King Abdullah owns properties abroad but the information was not disclosed for reasons of privacy and security, the royal palace said on Monday, after a massive leak of financial documents.

In the leaked files, published on Sunday, King Abdullah, a close US ally, is alleged to have used offshore accounts to spend more than $100 million on luxury homes in the United States and Britain. Reuters has not been able to independently verify the files or the allegations made in them.

"It is no secret that His Majesty owns a number of apartments and residences in the United States and the United Kingdom. This is not unusual nor improper," Jordan's royal palace said in a statement.

It said the king had personally purchased the properties and no funds from the state budget or treasury had been used. The king uses the properties during official visits and sometimes while on private visits, the palace added.

"These properties are not publicised out of security and privacy concerns, and not out of secrecy or an attempt to hide them, as these reports have claimed. Measures to maintain privacy are crucial for a head of state of His Majesty’s position," the English language statement.