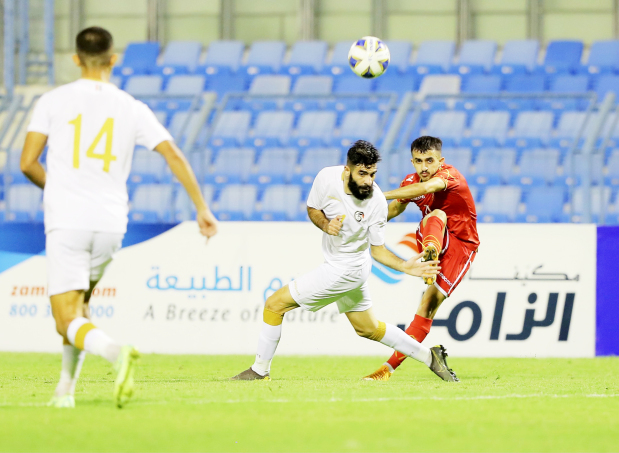 Bahrain’s Olympic team went down 4-1 to Syria in their Group C opening match of the West Asian Football Federation (WAFF) Under-23 Championship in Dammam yesterday.

Bahrain conceded the first goal of the match, played at Prince Mohammed bin Fahd Stadium, in the seventh minute through a penalty kick. Syria extended the lead in the 29th minute as they led 2-0 at half-time.

Substitute Abdulla Al Hayki reduced the margin for Bahrain in the 67th minute, but it took the Syrians just 12 minutes to stretch their lead and they sealed their dominance with another goal in the fourth minute of additional time.

Bahrain will now face Saudi Arabia on Friday. The next Group C clash will be held tomorrow when Saudi Arabia take on Syria.

Meanwhile, in Group A, Oman edged Jordan 1-0 and Kuwait held Yemen to a 1-1 draw. In Group B, UAE outplayed Lebanon 3-0 while Iraq held off Palestine 1-0.