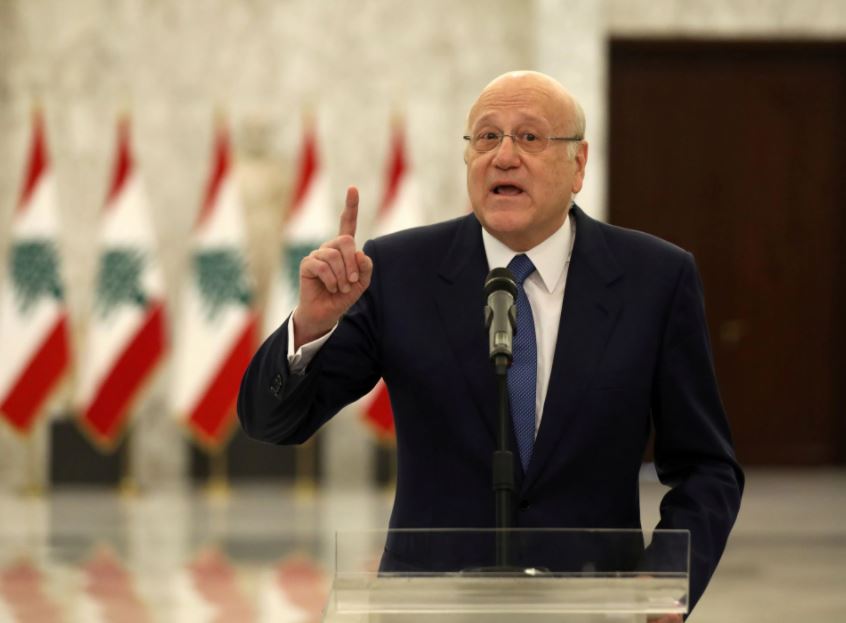 Lebanon's Prime Minister Najib Mikati gestures as he speaks to the press at the presidential palace in Baabda, Lebanon September 10, 2021. (Image credit: Reuters)

Lebanese Prime Minister Najib Mikati's family wealth comes from a communications business that has been audited in the past and is legal, a statement from his office said on Tuesday in response to a giant leak of financial documents.

A Lebanese news organisation, Daraj, was among international media outlets that reported on the "Pandora Papers", a set of leaked documents purporting to reveal offshore transactions involving global political and business figures.

Daraj said Mikati owned an offshore firm in Panama called Hessvile through which he bought a property in Monaco worth 7 million euros.

On Tuesday, Mikati said owning property through firms was a common commercial practice that was legal.

Mikati's family wealth was audited when his communications firm listed in London in 2005 and when it merged with South Africa's MTN later, the statement said.

It said Mikati had disclosed his wealth and properties to the Lebanese Constitutional Council since the start of his political career.

Reuters has not verified the reports or the documents. The use of offshore companies is not illegal and not evidence of wrongdoing on its own, but the news organisations that published the trove said such arrangements could be intended to hide transactions from tax collectors or other authorities.

The Daraj report includes senior political figures and bankers in Lebanon who it said had used offshore havens.

Mikati formed a cabinet last month after more than a year of political deadlock that has compounded Lebanon's financial crisis, which the World Bank has described as one of the deepest depressions in modern history.

His government needs to introduce reforms in order to resume talks with the International Monetary Fund and unlock foreign aid.

Three-quarters of the population has been forced into poverty and the currency has lost around 90 per cent of its value in the past two years.

"Wealth is not necessarily accumulated at the expense of public interest and the needy," Mikati's statement said.